I remember the first time I saw the ASMIO robot from Honda. I wondered why a car company was building a robot to begin with. It has now been a decade since the first ASIMO robot hit the stage and Honda is celebrating the occasion. 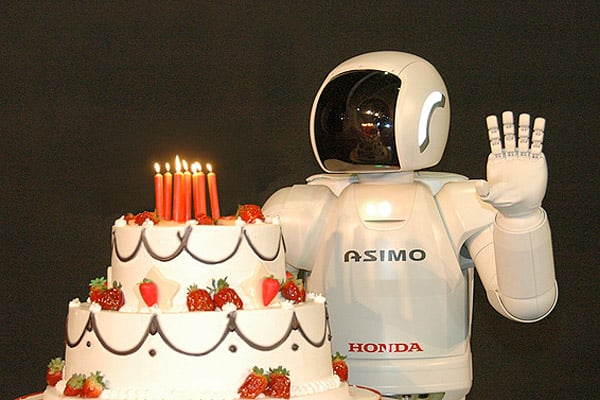 To celebrate, Honda has some new apps for the iPhone and Android called Run with ASIMO with the robot and other Honda characters that the user can interact with. That app sounds boring to me, but you can check it out for yourself.

Honda also took the time to talk up its goals with ASIMO and the research around it that the company says goes with develop of robotics and human mobility. The robot may someday develop into something that people can buy to provide assistance in the home. This will happen shortly after Honda adds a red dot for an eye that moved Pong-style across a mono brow. Frakin’ A it will.