Moogle Inspection Bot: is That a Robot in Your Crawlspace?

This 6-inch robot is supposed to be able to go where no human has gone before: into small crawlspaces to see what’s up. Daiwan House will be putting this ‘bot on the market in April 2011 and hope making inspections a wee bit easier, thanks to their pint-sized robot pal. 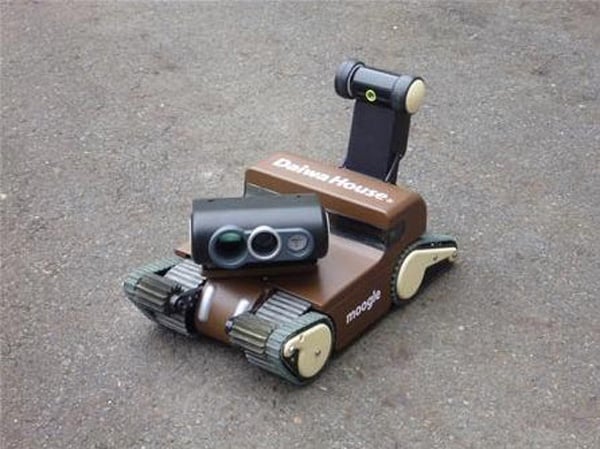 The Moogle was developed with the Chiba Institute of Technology. It was especially designed for the way houses are made in Japan, since most of them don’t have basements, but have to be elevated 20″ above the ground for ventilation purposes.