Bang! Lamp Gives You Something to Shoot in the Morning

When you wake up in the morning, do you ever feel like shooting something? Oh, me either. 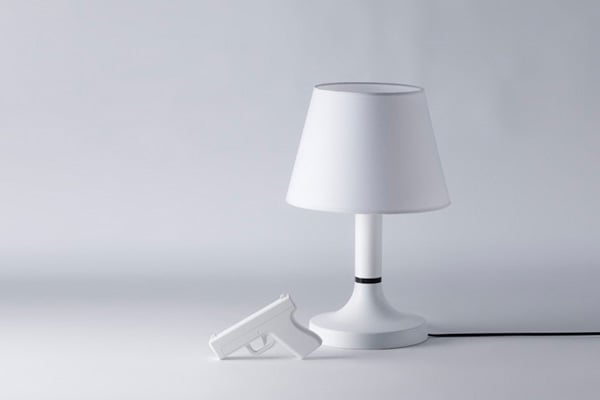 For those weirdos out there that hate the annoying sound of your alarm going off after only six hours of sleep and feel the need to take it out on an inanimate object, I’ve got something for you. It’s called the Bang! lamp.

The idea behind this lamp is rather simple. When you want to turn it on or off, you simply pick up the gun-shaped remote, point, and fire. If you happen to be turning the lamp off, the shade will tilt over before the light is extinguished. Thus simulating the reaction of someone who has just been shot. The most unfortunate thing is that the Bang! lamp is currently only in the concept phase.

[via Crunchgear via Dvice]