I know I’m not the only one who has been jamming to a tune on Rock Band and thought I could probably play the real guitar that good too if it were a game. Squire is a Fender brand and the company is famous for the Stratocaster line of guitars. Squire has a cool new guitar controller for Rock Band 3 that will ship next year. 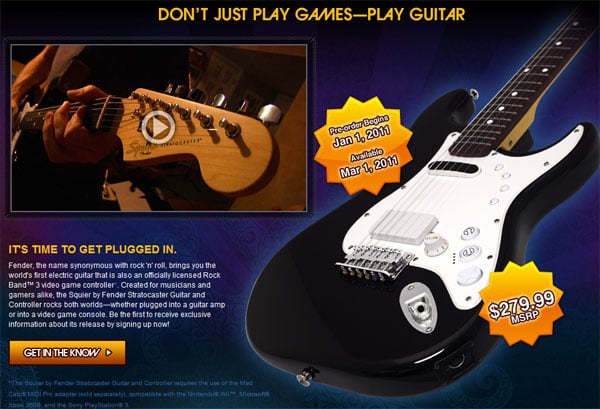 The thing looks just like a real Fender guitar, mostly because it is a real guitar. It has six real strings and frets that you can jam with while playing your favorite game. Of course, the guitar has the buttons you need for controlling the game console and game built-in with a D-Pad and other buttons. But once you get the hang of rocking out in the video game, you can plug the guitar into an amp and play as you would a normal guitar.