The dudes over at iFixit just love to rip stuff apart. Now, on the launch day of Microsoft’s much anticipated Xbox 360 Kinect peripheral, they stripped one of these set-top gadgets down to its bare essence. 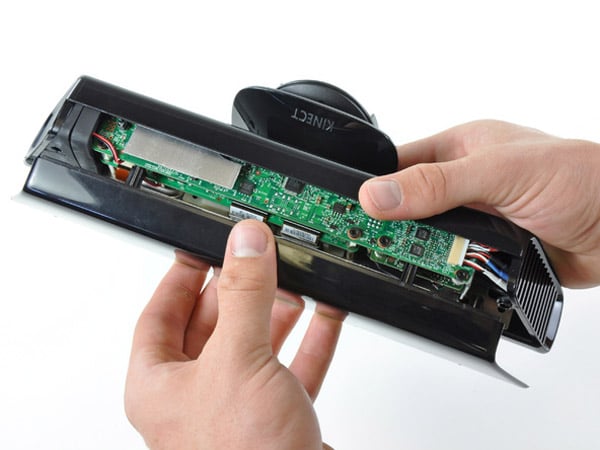 With the Kinect priced at $149 (USD), I figured there’d be a significant amount of complexity inside the device, and that’s exactly what the iFixit guys found. They had to remove no less than 4 different types of Torx security screws and a sticky rubber pad to crack it open. 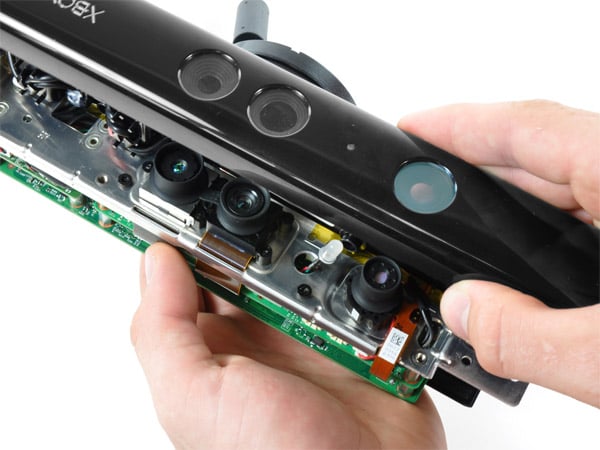 Once inside, they found the following goodies: four microphones for speech recognition and directional detection, an infrared camera and accompanying IR projector for depth detection, and one standard (640×480) camera for visual recognition. The brains behind the operations are a PrimeSense PS1080-A2 image processor, a Marvell AP102 system-on-a-chip, along with 64MB of DDR2 SDRAM, among other things. There’s also a motor for moving the gadget, and a three-axis accelerometer, presumably used for improving the motor’s accuracy. And as we all know by now, all that gear requires more power than a standard USB connector can provide, using 12-watts of power. There’s even a tiny fan inside to keep things nice and cool. 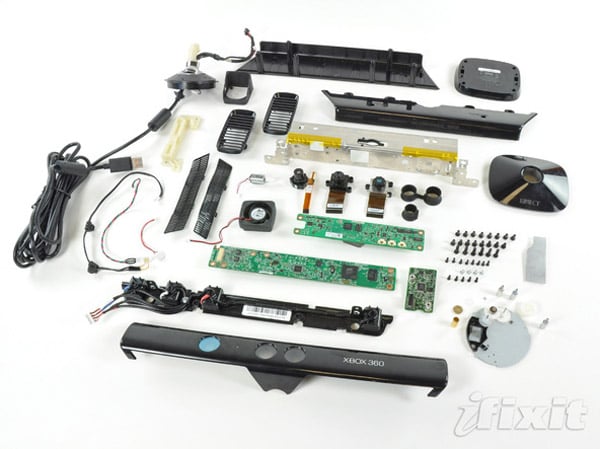 We’ve only got a few of the photos here, but you can check out the entire teardown over at iFixit now. (Their site is getting inundated with traffic at the moment, so you might have to try again in a little bit.)