I just stumbled onto this short film starring a robot and a boombox, and it really made me smile. 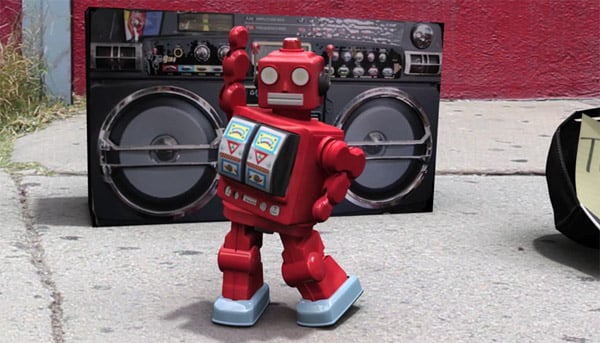 The little red guy looks like one of those wind-up toys you might get over at General Robots, and the boom box is one of those classic Lasonics numbers that you might find in a 1980s rap video.


See, wasn’t that fun? I only wish that the song had kept going, so we could have seen more of the little dude’s dance moves. The video, titled A Robot’s Life, was directed by Elad Offer, with animation by Jacob Bergman and Derek Kent.

[via Wired via Botropolis]