Geek Builds His Own Nautilus Speakers From Scratch

Speakers for the home theater can get frighteningly expensive. The first time I saw speakers that sold for tens of thousands of dollars I figured there couldn’t be that much work put into the things. One of those crazy expensive sets of speakers was the Bowers & Wilkins Nautilus, which served as the inspiration for Alfonso de Rojas to build his own a few years back. 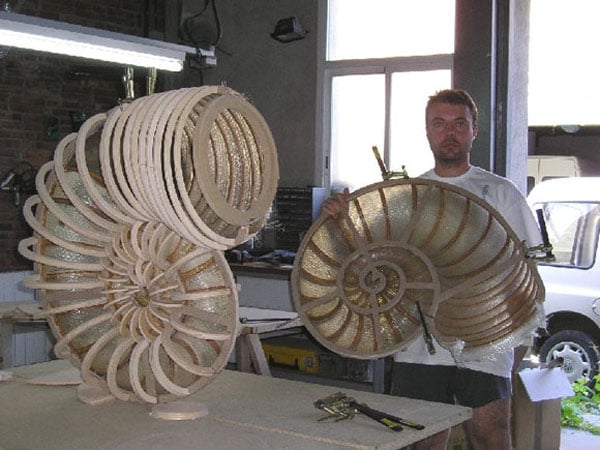 Inspired by Rojas’ original tribute, another DIY geek – Lluis Pujol – has taken it upon him to build his own speakers that look like those crazy expensive offerings, and dubbed them Odyssey 2. The speakers have a design that looks like a shell; I could see this in Sponge Bob’s home theater for sure. Each of the speakers took about 400 hours to complete. 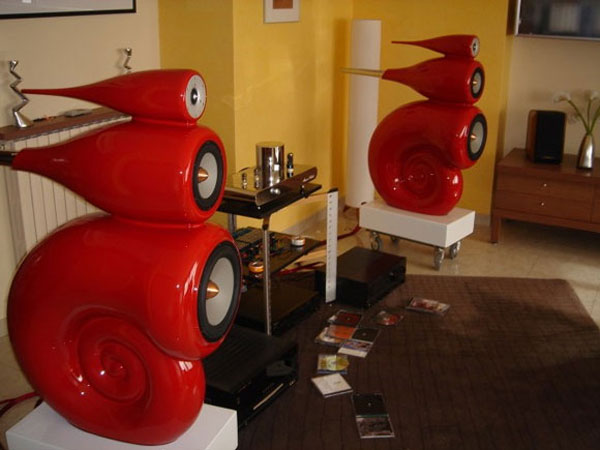 The skeleton for the large portion of the shell was made from lots of wood and steel circles and the works was lined with polyester fiber to prevent expansion of the wood in the future. It looks like the cabinet was then wrapped in fiberglass and painted red. The base is concrete with 0.3mm lead pellets inside to prevent vibration. The top sections of the case were made from wood turned on a lathe. 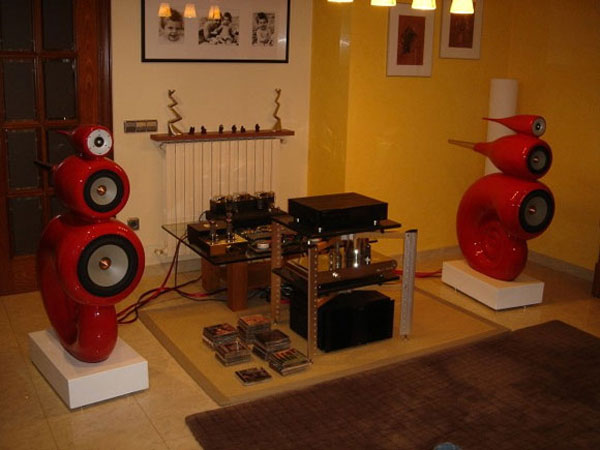 It took Pujol over 400 hours to build these, but that’s still gotta be way less than the $60,000+ that a pair of Nautilus speakers would set you back.