In the future, a trip to the vending machine will no longer require bills and coins. You’ll need a mobile phone and a PayPal account though. Make Magazine spotted this concept device made by Ray Tanaka and his colleagues at PayPal Labs. The setup allows users to pay using their PayPal account by scanning a QR code on their phone. 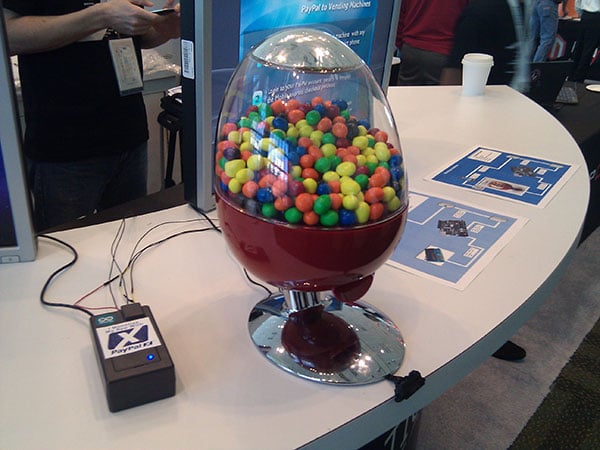 Here’s Tanaka and the vending system, which he unfortunately doesn’t test:

It’s pretty much like using debit or credit cards for transaction, except more complicated. Also, I don’t know why they decided that people would like their purchases to be tweeted. It’s not like people tweet every single detail of their – oh wait.