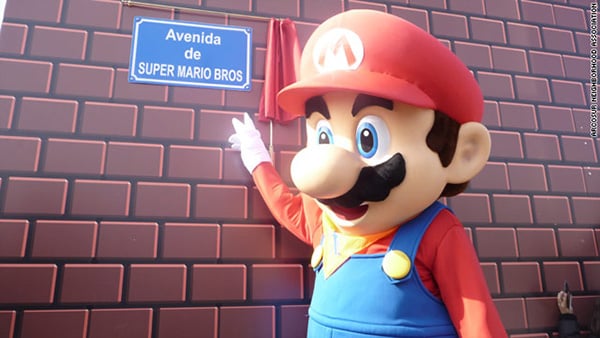 Arcosur will also name streets after Sonic, Space Invaders and Zelda. All in all, the neighborhood will have a dozen video game-related street names, while the remaining 46 roads will be devoted to musical composers and Spanish monuments. The neighborhood is a  government-sponsored project, with a goal of providing 21,000 houses for 20 to 35 year old people looking to buy their first homes. That’s a gamer demographic all right.

But as Antonio Almudi Miranda, president of the Arcosur neighborhood association, also admitted the naming was also done as a publicity stunt, but it’s for a good cause. The residents hope that the increased attention to Arcosur will help convince their government to finish the neighborhood on time. Mario needs a castle, you know.

[via CNN via Loot Ninja]