Flyrad is the Love Child of Segway and a Unicycle

It took me years to recognize that many asshats have no idea just how asshatty they really are. Take my cousin for instance; he once had a unicycle he wanted to show off on in front of some girls when we were about eight. As you can imagine, things didn’t go well with him crushing his gonads between the wheel and seat post and smacking his face in the dirt. It was epic and I still laugh about it each time I see him. 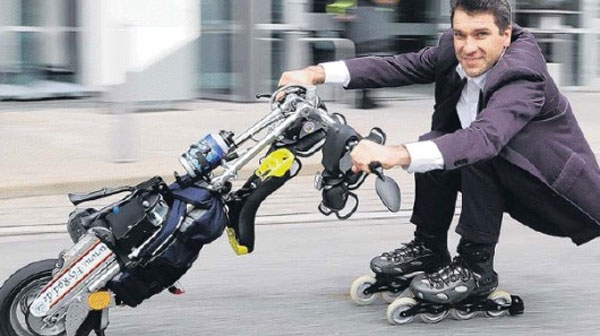 I took that as a valuable lesson that unicycles are the devil, and never tried to ride one myself. A dude has come up with a new modern looking unicycle with a touch of Segway DNA that looks cool and I might actually try this one. You don’t have to balance on the thing, you sit on it and it balances with the help of your weight it seems. The front wheel is battery powered and you balance with rollerblades and zip around. 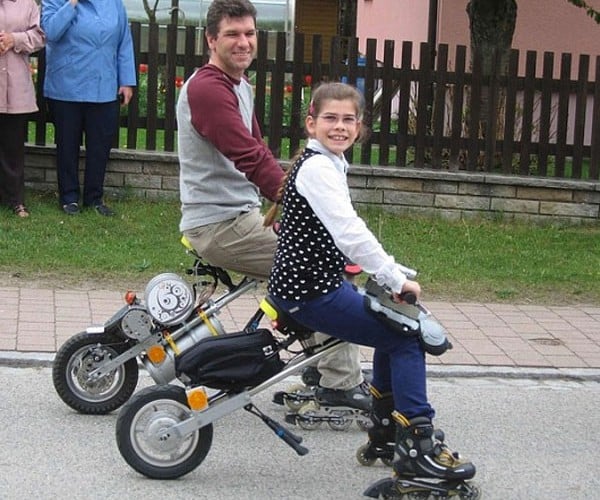 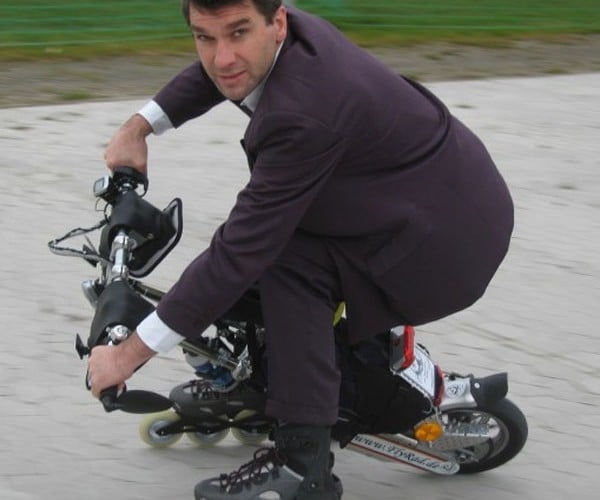 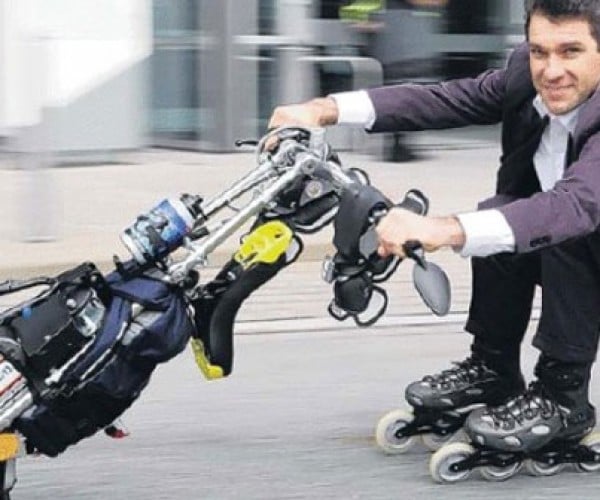 The thing is called the FlyRad (German), and the adult size has a 500W electric motor and a 36V battery. The thing is good for about 31 miles per charge at 25 mph. A kid’s version and a version for teens is also available. If you are really into speed, you can opt for a 1000W motor and bigger battery for more power.

If you ride one, wear a cup – Unicycle + asshatery x 25mph = eunuch. You were warned.