While I don’t own a tablet like the iPad, I do think that they are cool to use and definitely make reading books and watching media fun. The Kno tablet is aimed at students and designed as a modern-day replacement for textbooks. 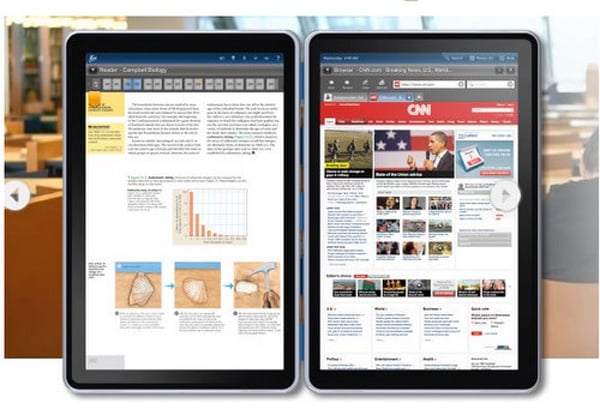 What’s good is that it’s in a reasonable price range. It will cost $599 (USD) for the single-screen 16GB model and $899 for the dual-screen version. It will start shipping before the December 20, 2010. Add $100 to either model, and you’ll get 32GB of storage instead. At $599, the Kno is $100 more than the WiFi-only iPad, but it’s a lot bigger at 14.1 inches. It’s basically got twice the screen real-estate of an iPad. And if you go for the dual-screen, you’ve quadrupled your usable screen size. 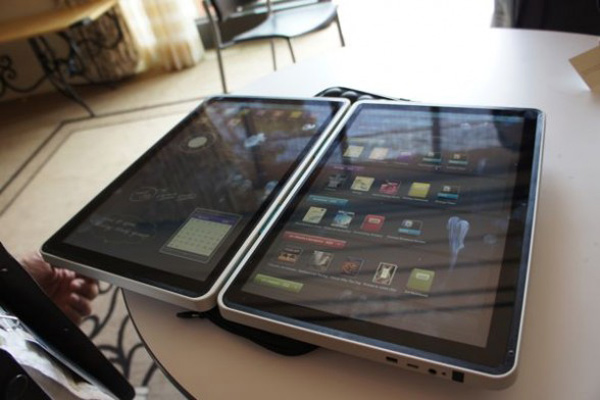 The Kno has a color touchscreen and will be able to run a browser and learning apps, but it’s competing more with the Kindle DX than the iPad, in my opinion, since it’s focused on displaying interactive textbooks for students. It’ll also include apps for research, note taking, and organization. While smaller, less functional e-Book readers and tablets don’t make much sense for full-time use, this larger one sure does. Plus, textbooks on the Kno should be 30 to 50 percent cheaper than printed editions. 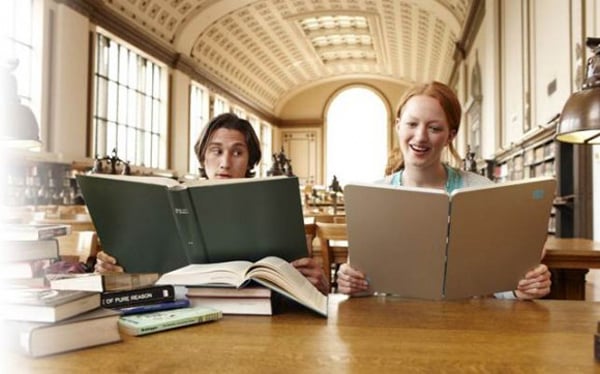 I’m only interested in what format of e-Books the Kno can easily display, because I already have thousands and I’m not interested in a closed platform.