Andy Rash’S Pixelated Star Wars Characters: a Long Time Ago in a Galaxy 8-Bits Away

What is it about pixel art that’s so cool? I don’t know, but I definitely enjoy looking at these Star Wars characters that Andy Rash made. They are very pixelated and look great, no matter what the magnification. 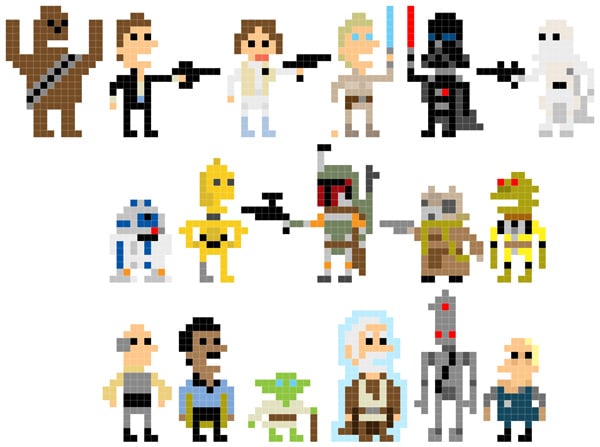 While I enjoyed the Star Wars characters the most, he’s also made classic Star Trek and other pixel characters. For Star Wars, he’s made three sets of characters for the original three movies. Like many Star Wars fans, I wouldn’t be that interested in seeing a pixel-version of Jar Jar, may he die in peace.

All in all, it’s a fun way to remember your favorite characters from Star Wars. My faves are from Empire Strikes Back, but aren’t everyone’s?