Pixel artist Jude Buffum is back with some new stuff: he’s put together some handy images that tell you which parts of your favorite Nintendo 8-bit characters you’ll enjoy eating the most. Naturally, he stays away from the heroes and only presents the ones you’d really like to butcher, like the Koopas and Yoshi. 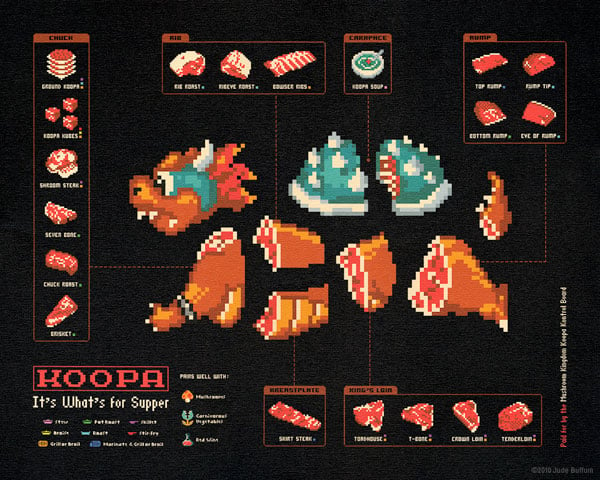 In the various Super Mario games, you end up stomping and eating quite a bit. I can just see Mario getting even with some koopas by making some nice koopa soup. They must taste good with mushrooms, right? Then, there’s Yoshi. That little dinosaur went all over levels eating up a storm. It’s safe to say that Mario fattened him up with apples so that he could BBQ him. 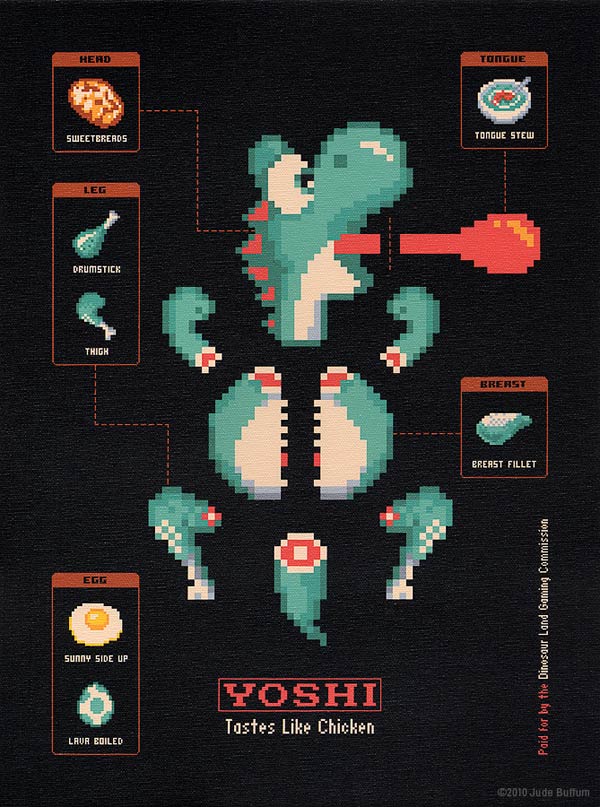 If you like these, then you should head on over to Jude Buffum’s online shop, where you can purchase prints of these iconic images. They cost between $40 to $135 (USD) each.

[Thanks for the tip, Jude!]