My 6-year-old daughter plays more games on my iPhone and iPad than I do. If my iPad is missing, I can generally find her laid out in the floor somewhere playing Angry Birds. She calls it “the slingshot game” more often than not. The game is certainly really cool, it’s crazy popular, and has been on the top grossing apps list for a long time. 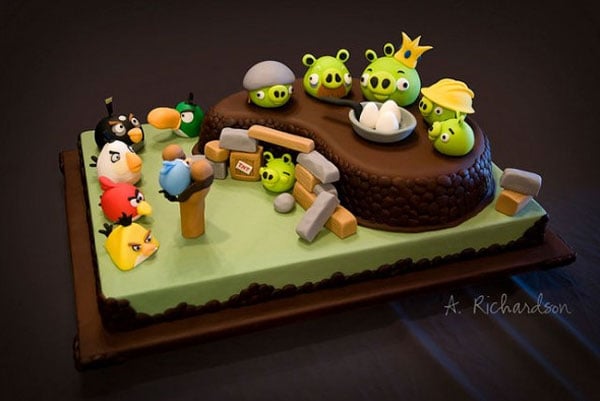 If you frequent the site, you know we have a soft spot for geeky cakes. My favorite is the Jean Luc Picard cake I mentioned a while back, I would totally have that cake for my birthday. A new cake that looks good enough to be a screen capture from a video game has surfaced that is made to look like the Angry Birds game.

This is the coolest cake based on a video game I have ever seen. I wonder how the person who baked it made all of the characters. They must be some made from sort of dough. I don’t think I could bring myself to eat something so epic. Ok, so I would eat it, but I would take pics and post them on Facebook first.