…and when I say original Apple-1, I mean it. Only about 200 of the first-gen Apple computer were ever built, and they have become extremely difficult to come by, with an estimated 50 left in circulation around the world. 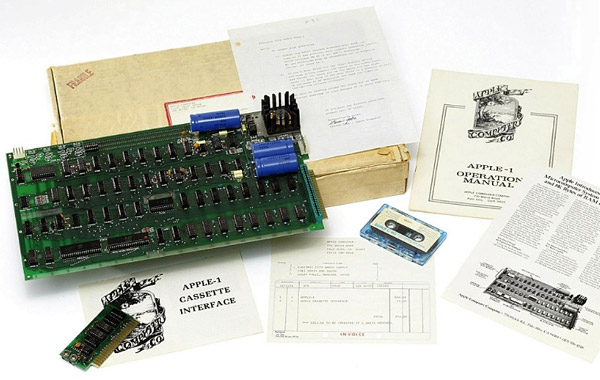 It was announced today that Christie’s will be auctioning off one of these extreme rarities on November 23 in London. The particular Apple-1 system for sale is serial number 82, and includes all original packaging, instructions, a cassette interface, the sales invoice, and a “tech support” letter signed by Steve Jobs himself. The shipping box even has a return address of Jobs’ parents’ house. 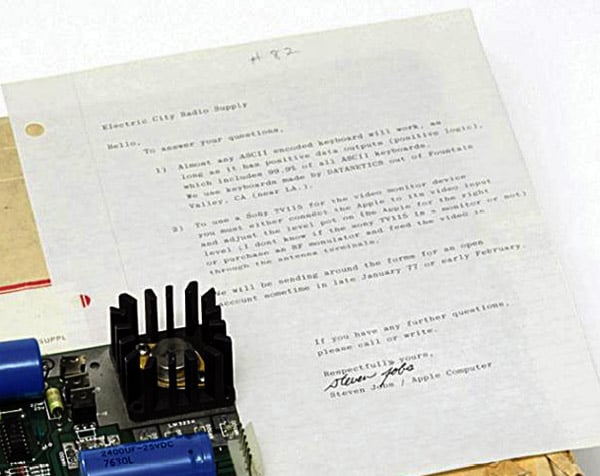 Christies expects the machine to sell for somewhere between $161,000 and $242,000 (USD). Considering that the system originally sold for $666.66 back in 1976, I’d say that’s a mighty fine return on investment. Although the same amount in Apple stock purchased when they first went public would probably be worth nearly as much.