Some days I think I’m the only person that just doesn’t get Twitter. I guess it’s always just seemed like Facebook without most of the features. Perhaps that’s really the point for some people. Either way, my Twitter account sits unused for the most part. What’s sad is that I would probably find this Paper Tweet Notepad more useful. 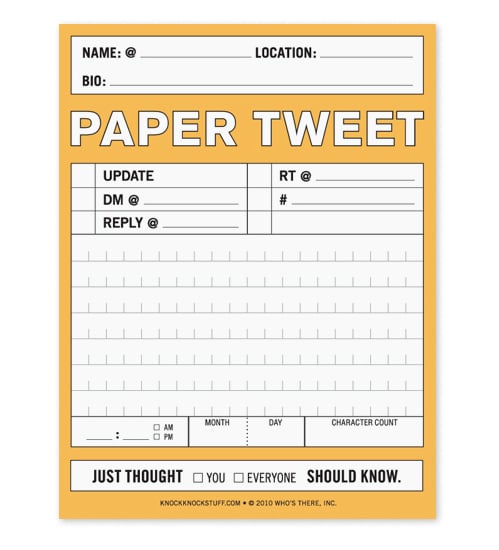 The pad incorporates all of the features one would find on their Twitter page. Everything from retweeting to direct messages and replies. You’re even limited to using exactly 140 characters, and can keep track of them in the box that says “character count.”

If you know someone at the office that’s a Twittering fiend, you may have just found the perfect holiday (or birthday) gift. For the price you’ll get 50 tweets, so you may want to consider doubling up on them, just in case.