Zte Peel, Aka the Best Reason to Buy an iPod Touch, Now Available via Sprint

We featured this add-on way back in July, and now it’s finally reached American shores, thanks to Sprint. Now under the ZTE brand, the Peel will be available through Sprint via a $30 (USD) a month, 1GB data plan. For those of you not familiar with the device, the Peel is an add-on that lets 2nd & 3rd gen iPod Touches connect to a 3G network. Combine this with text messaging and VOIP apps and you’ve got yourself a cheap iPhone. 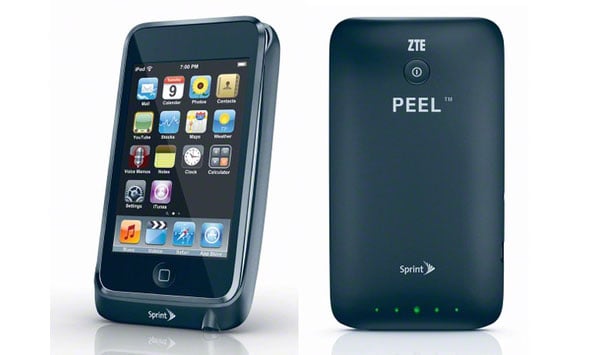 This version though seems to be slightly different from the one we saw a few months ago. This one can actually act as a Wi-Fi hotspot for two devices, and Sprint didn’t mention that users need to jailbreak their iPod Touch to use the add-on. One thing that the previously featured Peel has over this one is that this version of the Peel only lasts 3 hours on a single charge, whereas the one we featured before actually had a second battery pack that boosted the run time of the iPod Touch.

In any case, it remains to be seen whether Sprint’s plan will become popular, and I wonder if Apple will have something to say about this should it cut into iPhone sales. The ZTE Peel data plan will be available on Sprint starting Nov. 14, 2010.

[via Sprint via Techland]