Never underestimate the desire of a geek to do something geeky and brag about it even if there is no real point to what they are doing. There were reports flowing all over recently that the new Xbox 360 Kinect device was hacked to work on Windows 7 computers. I wondered what the point of that was, but it was cool nonetheless. 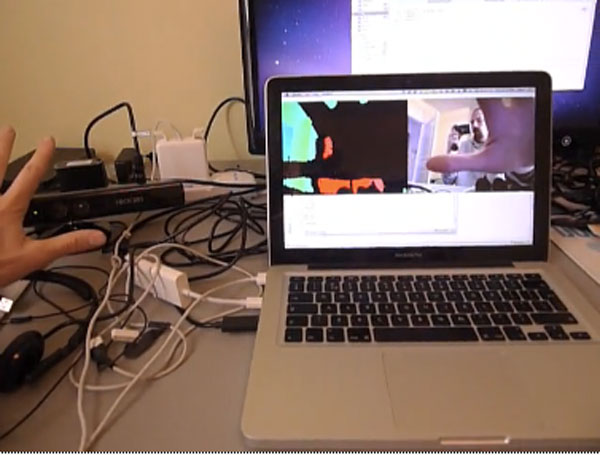 Another geek has now hacked their Kinect and got the thing working with Mac OS X. I bet Bill Gates is face-palming somewhere right now. The point of the hack was apparently just to do it, much like climbing Everest because it’s there.

Theo Watson, the guy that hacked it, used the open source libfreenect tool to do the deed and he has a Mac port for other geeks interested in hacking the Kinect on Macs up for download. Do you guys see any real world application for Kinect control on a computer?