Laptops sacrifice a lot for their portability – they’re nowhere near as upgradable as most desktop computers, and they’re not that easy to tinker with as well. But a group of students from Stanford University and Aalto University in Finland have shown that it’s possible to make a laptop with a very modular form, making its parts easy to recycle, service and replace. The students call their concept the Bloom laptop. 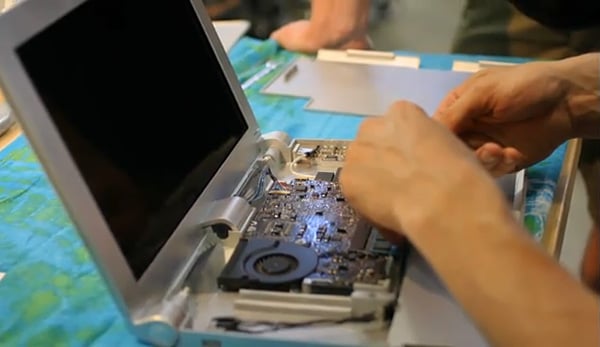 The group, led by Aaron Engel-Hall, was originally tasked to make a consumer electronics product that could be easily and effectively recycled by consumers. The team eventually decided to make a laptop because it’s a device that has lots of recyclable components. The challenge was to separate those components to make them easy to recycle. Which is why the Bloom laptop not only separates easily into its core components, it can be taken apart without the need for any tool, so that even kids can figure out how to open up the laptop.

There are so many things to love about this concept, and I just hope laptop manufacturers listen and work to make their laptops more like the Bloom.