Nintendo just revealed this awesome Super Mario Bros. cake during the game’s 25th anniversary celebration in New York. I can say that this is the perfect way to celebrate all those years of playing Mario games in their different incarnations over the years. 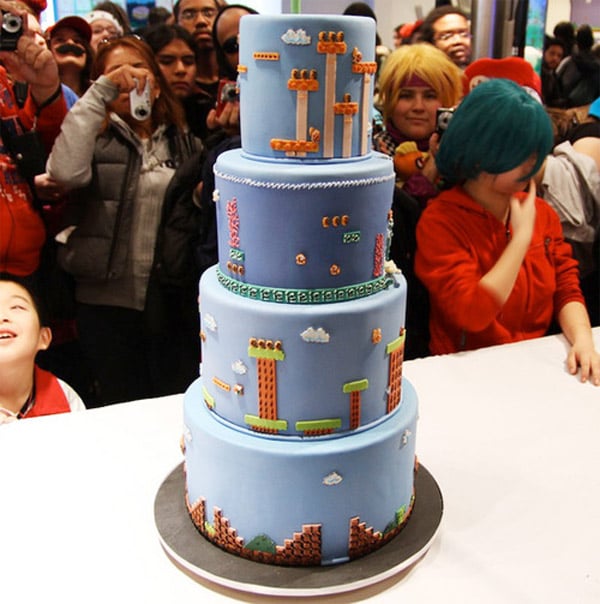 The cake is based upon World 8 from the original game. I wonder how this novelty cake tasted, probably not anything like mushrooms. At least I hope not. Here’s a pic of Nintendo game designer and über-guru Shigeru Miyamoto cutting into the cake, with smiles all around. 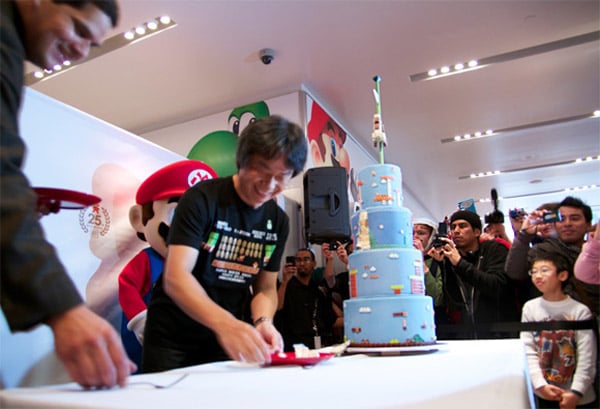