I have flown my fair share of paper airplanes during my days. As high-tech as in ever went was putting a paper clip on them for extra weight though. Some geeks got together and built this spaceworthy paper airplane from paper and straws with a 3-foot wingspan. 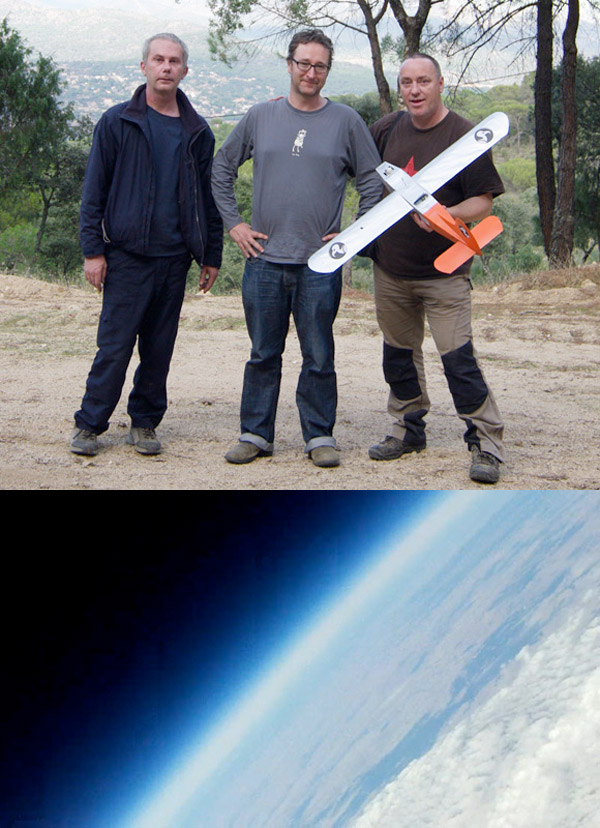 The guys then tied their PARIS VULTURE 1 plane to a helium balloon and let it go where it climbed to 90,000 feet before the balloon popped and the airplane started its tumbling, nauseating flight/fallback to earth. The plane had a camera with sound on-board to record the flight.

You can check out the video here to see the entire flight. The first 50 seconds are so, you will be all like “WTF am I looking at?” and then the balloon pops and you’ll still wonder the same thing. Still it’s really cool. I am pretty sure that red and white thing in the video above is one of those bobbers you use when fishing. The plane apparently made its way back with nothing but a small hole in the wing to show for its trip.