Let the Kinect hacking begin! Less than a month after the motion-detection camera hit shelves, hackers are starting to figure out all sorts of cool stuff you can do with Microsoft’s Xbox 360 wonder-gadget. 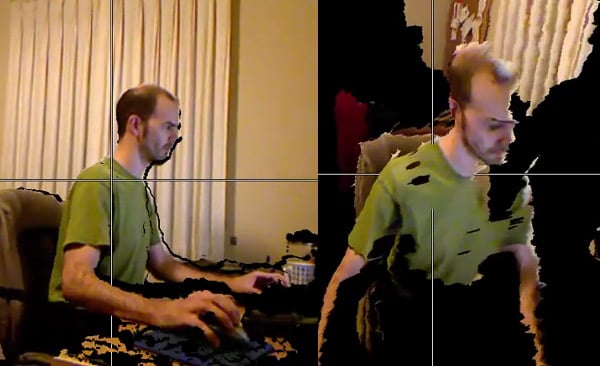 Take, for instance, Oliver Kreylos’ programming hack, which combines the color and depth images captured by the Kinect to produce a live 3D representation of the environment. Check out the video below to see what I mean…

Plus, he figured out a way to use the 3D reconstruction to measure objects digitally, as shown in the next video clip:

Cool, no? At this point, Oliver is just working on the initial version of the code, and hasn’t yet released source code for it, but you can track his progress over at his website.