Intel’s Wireless Display technology was created to allow laptop users to transmit video and sound from their computers to television screens wirelessly. I recently had a chance to put the tech through its paces, and would like to share my experiences with you. 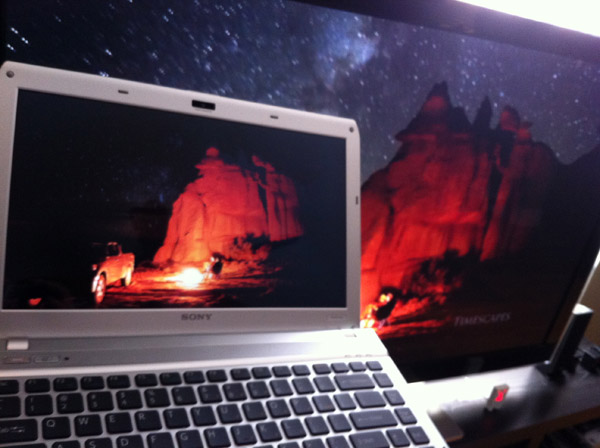 Several laptops with Core i5 CPUs come with this feature built in. The folks at Intel were kind enough to send us a Sony VAIO VPCS111FM laptop, along with the $119 NETGEAR Push2TV receiver module for testing. Setting up the system is pretty painless. 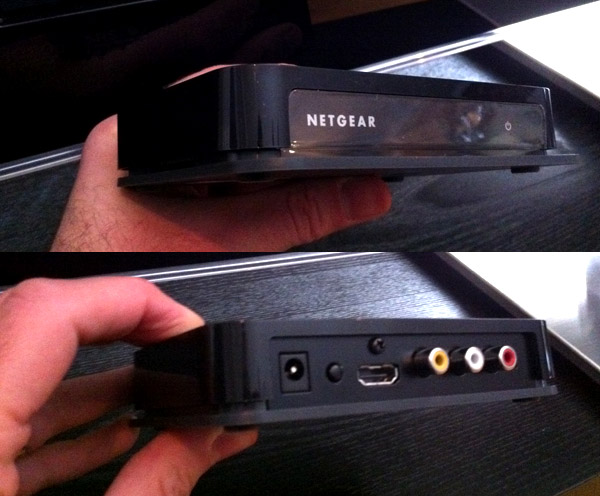 Just plug the Push2TV into an outlet, then connect it to your TV using either the HDMI or composite outputs. I only tested with HDMI, and I would think picture quality would suffer greatly on composite – especially at today’s resolutions.

Before pairing, I would recommend that you make sure you have the latest Intel Wireless Display software and reboot the laptop. Once  you do that and the Push2TV is powered on, you simply press the special wireless display button on the PC, select the display you want to connect to, and pair up by entering  a 4-digit auth code displayed on the TV.

Upon establishing a connection, the computer automatically switches into 1280×720 (720p) resolution, which appears to be the maximum resolution the technology currently supports. Audio on your laptop is also automatically muted once connected, so as not to have a maddening echo across the room. Yes, there is a slight (less than 1/2 second) delay between what you do on the the laptop and when it appears on your TV screen, but it would only be a problem if you were trying to use the wireless display to play games – clearly not the primary use case for this. 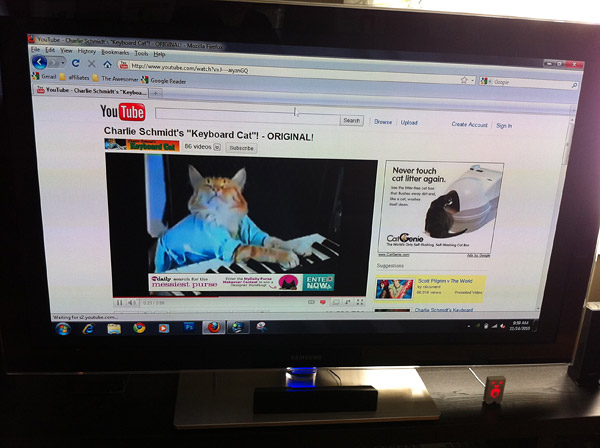 As you can see from these photos, your TV really does display exactly what’s on your PC, which is cool for web surfing, and enjoying all manner of online content on your TV. Keep in mind that since they’re using Windows display mirroring to achieve this, so you can’t display different content on the TV from what’s on your laptop. 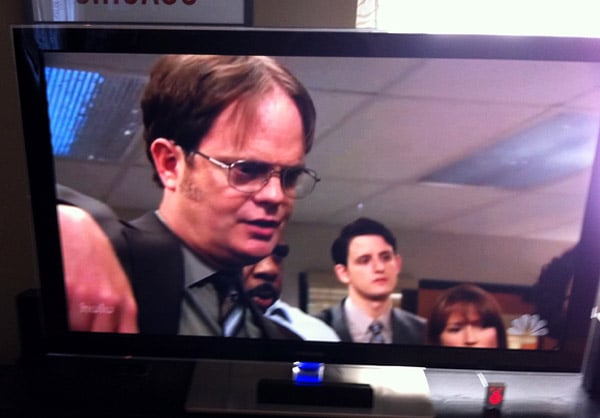 I tested with everything from YouTube to Hulu to Vimeo to Netflix, and all video content played back very well across from across the room. Web content and PC applications are where the technology clearly shines.

So what’s the bad news? Well, the biggest issue with this wireless display tech is that it failed to work with every single DVD I threw at it, thanks to copyright protection issues. I tried new discs and old ones, and every one eventually displayed the dreaded copyright fail message. Sometimes I’d get as far as the FBI warning, and other times the disc would just fail to play entirely. Conversely, all discs I tested played properly on the PC when the wireless display was disabled.

While I am disappointed by this shortcoming, it’s really a non-issue for streamed content, your home movies, and digital videos played locally on your machine. It really only comes into play with DVDs or Blu-ray discs. 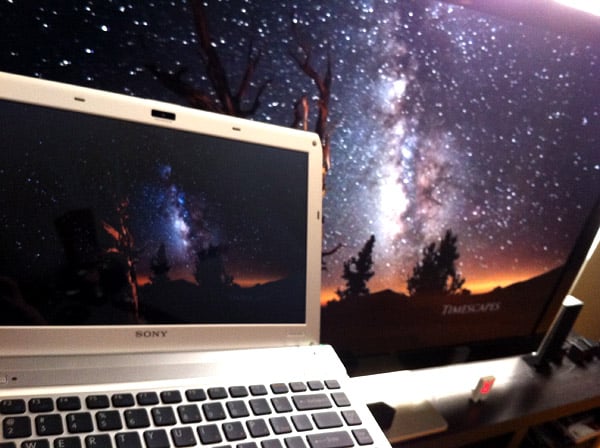 One other note: If you only have a 5GHz network set up, you need to switch your laptop to use the 2.4GHz network on your router, as the Push2TV doesn’t support 5GHz networks. Also keep in mind that the recommended distance between your computer and the Push2TV is a maximum of 12 feet away for best performance.

So with its gaming limitations and DVD/Blu-ray playback, and competition from devices like Google TV and Apple TV, you may wonder where the Intel Wireless Display tech fits in. Well, it does have a place. In my opinion, it would be absolutely great for business presentations where you want to get content from your laptop onto a big screen TV. I have this exact situation in my office, and it would be way easier to use this for the occasional presentation instead of running an HDMI to DVI cable across the room – and that doesn’t support audio. The wireless connection is a real bonus in those situations. And since it doesn’t really add to the cost of the laptops, the $119 MSRP Push 2 TV is your only cost – and you can find that at Amazon for only $85 these days.

The system also has got a leg up over dedicated devices in that services like Hulu and other web-based content video sites can’t be blocked from playback on your big screen like they have been on Google TV. Sure, the system’s limitations do narrow its usefulness, but it’s still got some differentiators. If Intel could find a way to reduce the lag and to allow playback of DVDs and Blu-ray discs, it would be just that much more compelling for entertainment purposes. That said, if you need to do business presentations and have a big screen TV with an HDMI input, Intel’s Wireless Display technology is a solid bet.

[FTC Disclaimer: Technabob was provided with the hardware tested in this review by Intel at no cost. However, all reviews on Technabob are the unbiased opinions of our authors, and in no way represent the views of Intel, Sony, Netgear or other product manufacturers.]