It’S Out of the Bag: Scientists Figure Out How Cats Drink

Fellow humans, mark this month of November, 2010. For it is on this month that our great science peoples have solved one of our centuries old mysteries, a question that have kept many a stoned person up at night. Last Thursday, November 11, the combined brain power of American researchers at the Massachusetts Institute of Technology and Princeton University discovered, to their great astonishment, how domestic cats drink – they use their mouths. Seriously though, these scientists found out that when drinking, a cat moves its tongue very fast to form a column of liquid. 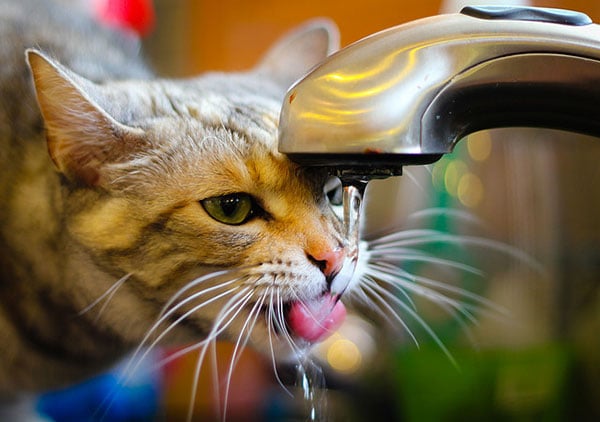 You see, unlike humans, cats can’t suck liquid. Dogs have the same dilemma, but they have a simpler and less elegant solution – they just scoop up the liquid, using the tip of their tongues as ladles.

The cat way of drinking is more awesome because a) this involves balancing gravity and inertia, which means cats know their physics, and b) it prevents their chins from getting wet. And no one likes wet chins. Except dogs. And toddlers. An article detailing the research is included in the November 2010 issue of Science.

[via Yahoo! News and Wired]