A while back, I told you guys about some CD-R disks that look like old 3.5″ floppies. In the story, I said that I’d much rather have a 3.5″ floppy USB drive, and Technabob reader Charles Mangin of Option8 has now indulged us with one. 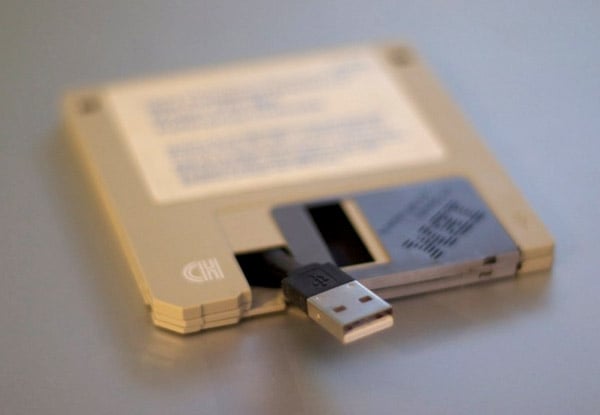 In order to pull off this hack, Charles had to stack components of two old 3.5″ floppies so there would be enough height to accommodate the storage of the USB connector.  Inside the drive are the guts of one of those business card style USB drives. 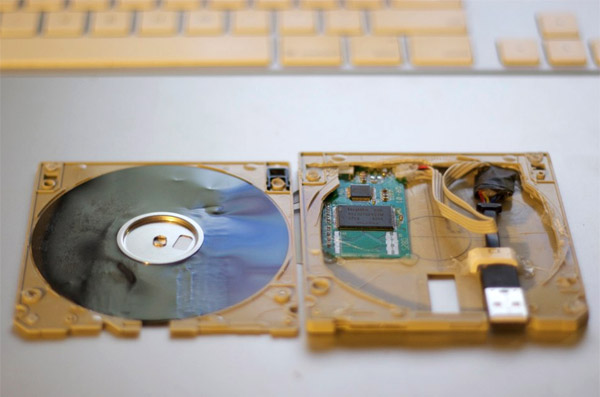 Charles managed to precisely align the drive’s activity light with the old floppy’s write-protect switch, so there’s a little blinking red LED in there now. It looks like the disk is an old IBM PS/2 reference disk, but I doubt that he bothered copying those files to his flash drive. 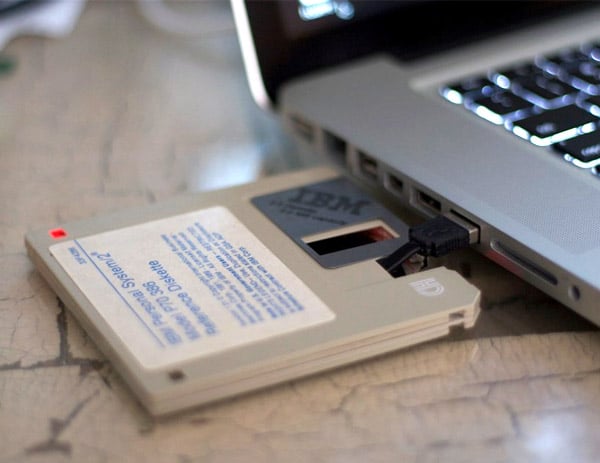 Best thing about hacks like this one is that it looks like it really wouldn’t be that hard to make one for yourself – now that Charles has paved the way with his creativity.