Japan’s Ministry of Defense recently unveiled their flying surveillance drone, meant to be used for short distances. Surveillance drones are not exactly new in this day and age, but as soon as I saw the quadrocopter, one thing came to mind: Metal Gear Solid 2. 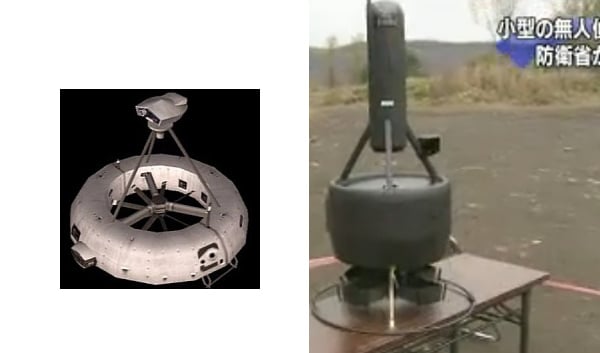 It looks a lot like those annoying Cyphers! Each part – the camera, the tripod and the quadrocopter base – may look different, but together the resemblance made me nerdgasm. I wonder if the Ministry of Defense has a Gun Cypher counterpart as well.

Time to stock up on chaff grenades, Japan.