Most of the time when I think of robots, I think of tame little droids like R2-D2 and Asimo. But this robot-on-wheels means serious business. 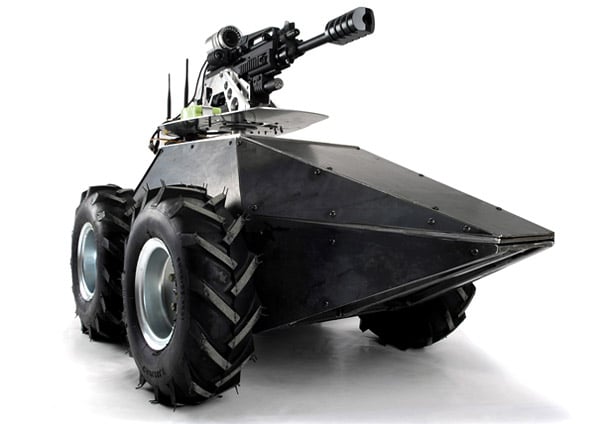 Created by Chris Rogers of Inspector Bots, the Mega Hurtz Tactical Robot is an seriously amped-up robotic vehicle, with enough torque to pull a 4700 pound Hummer H3. It’s designed for handling dangerous situations too hostile or difficult for humans to handle. 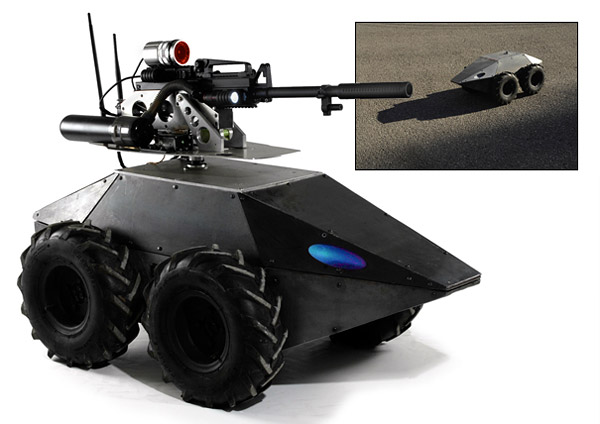 The Mega Hurtz has a sturdy steel frame, and powers along with a set of stealthy electrical motors. Not only is it rugged enough to handle off-road terrain, it can turn on a dime. It’s strong enough to break through cinder-block walls. 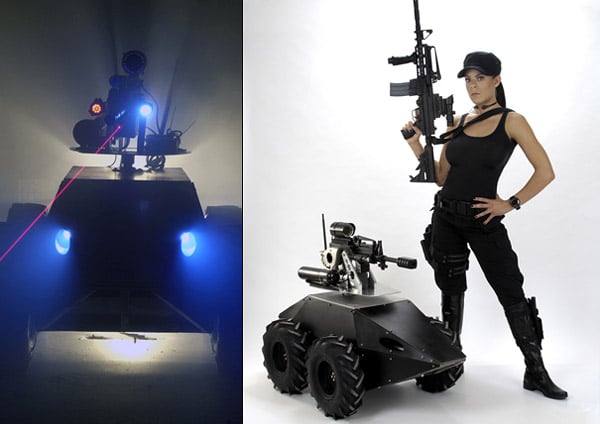 And if that’s not bad-ass enough, the ‘bot can be fitted with a tactical weapons system with laser targeting and IR night vision. Oh yea, you can control the entire thing remotely using a set of VR goggles.

Here’s a video Mega Hurtz being put through its oh-so-awesome paces:

Ok, that was the best video I’ve seen since Keyboard Cat. And if you didn’t make it all the way to the end of the clip, jump to the 5 minute mark to see Mega Hurtz go postal on a watermelon, and then turn into a killing machine worthy of Cyberdyne Systems Machine of the Year award.