Until I came across the StatSheet Network, I thought that robots were the only man-made automatons that are taking over human jobs. But just last week,  a network of websites with no human writers was launched. The StatSheet Network currently has a whopping 345 websites, one for each Division I college basketball team in the United States. But instead of employing meat bags, StatSheet turned to algorithms to write reports. The results are surprisingly very readable: 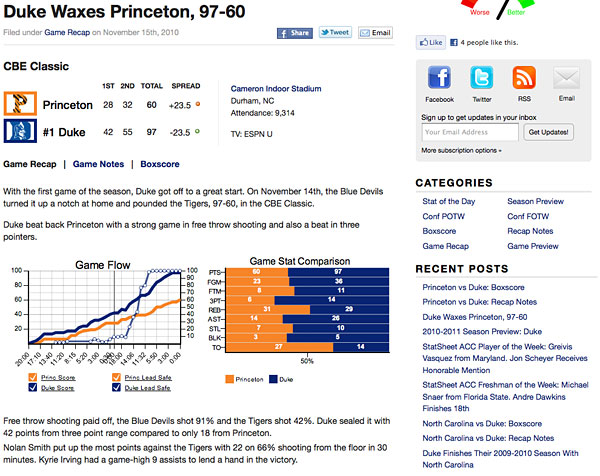 As you will notice, the reports are results-oriented and focused mainly on – surprise – stats, so don’t expect jokes or rants here. Not that those things matter to the target market of the StatSheet Network, but that should still give some comfort to fleshy sports bloggers. After all, that’s the main advantage of blogs over standard news outlets – the informal chit chat. I am curious though if these algorithms could work for other topics, like, I don’t know, gadgets, or video games.

[via TechCrunch via Slashdot]