Maker Pete Prodoehl recently came up with the Twitter Monkey. What does it do? It tweets, of course, right? 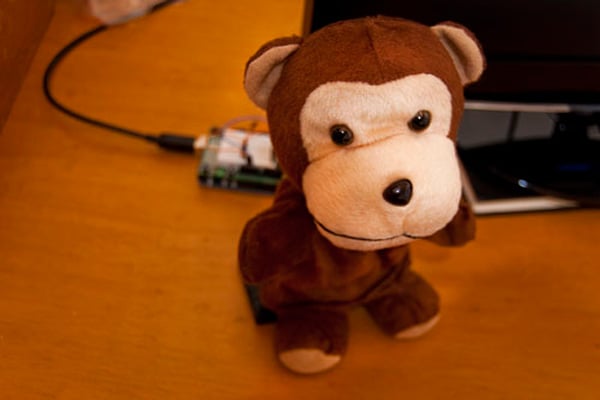 Actually, that’s not how it works. Instead, Twitter Monkey alerts you in an annoying way when it ‘sees’ specific keywords come up in a Twitter stream by wildly gesticulating its arms. This is done thanks to some servos and an Arduino controller. It’s funny how people enjoy being annoyed by their tech.