Minecraft Magnets: Turn Your Fridge Into a Sandbox

Minecraft is officially the sleeper game hit of 2010. Heck it’s still in Alpha, has sold over 600,000 copies to date, and has nearly 2 million registered players. So what better way to show that you’re a Minecraft fanboy or girl but to bring its awkwardly rudimentary pixelated world to your kitchen with these Minecraft refrigerator magnets. 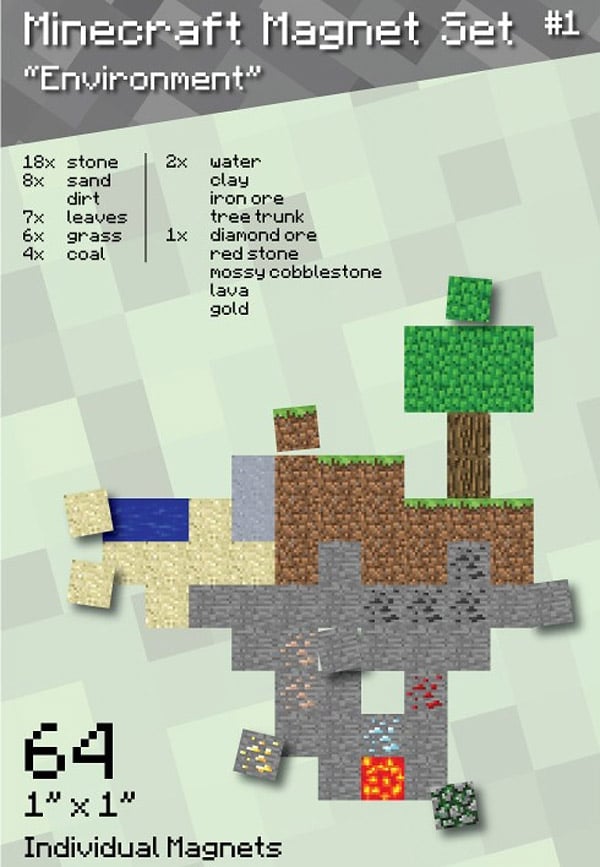 Created by Etsy seller kongscut, the sampler set comes with 64 1-inch square magnets, each representing one of the primitive materials from the game. The set includes stone, sand, dirt, leaves, grass, water, and other environmental materials – including my favorite – lava. Of course, they include 18 of the stone ones, and just 1 of the lava ones. I want more hot molten magma! You’ll notice that the set is called “Set #1”, so presumably kongscut will be releasing more – perhaps some of the other block types. 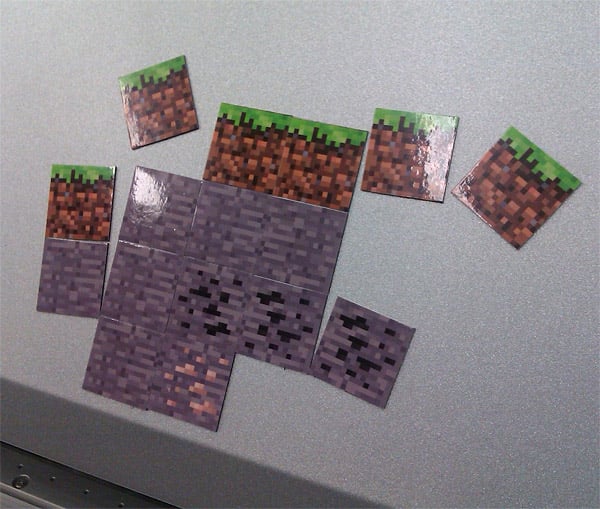 They’re definitely a cool geek gift, and well worth the $10 bucks for the set. Grab a set over at Etsy now.