I like to play Rock Band, but I hate having to schlep all the stuff from the various closets and cubbies where I hide the it around the house. The drum kit is upstairs, the sticks are in the junk drawer, and one guitar is under the bed with another in the closet. A better storage solution would be grand. 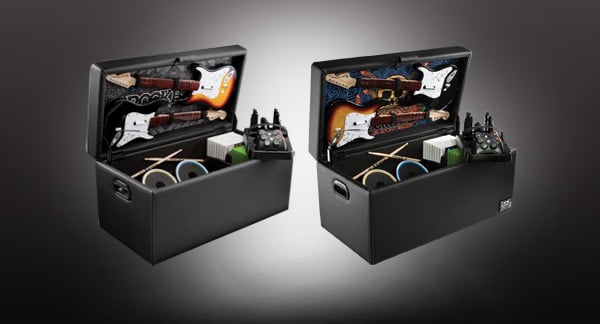 A company called LevelUp has offered just that with a new storage ottoman called the Rock Band storage ottoman. The ottoman comes in plain black called Back in Black for $89.99 (USD) and a special version called Skulls and Snakes sells for $179.99. 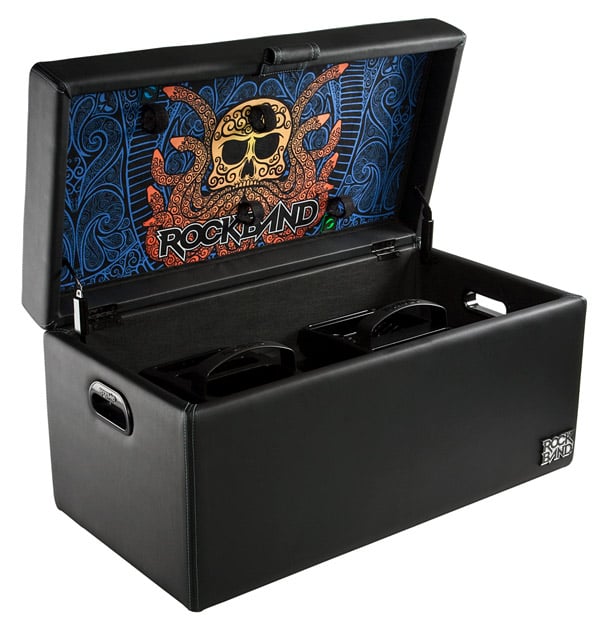 Both versions have two spots under the lid with Velcro for storing two guitar controllers. The drum kit stores in the bottom once taken apart, and the thing has pockets for drumsticks and for the mic. You can also put trays inside to hold games and normal controllers as well. 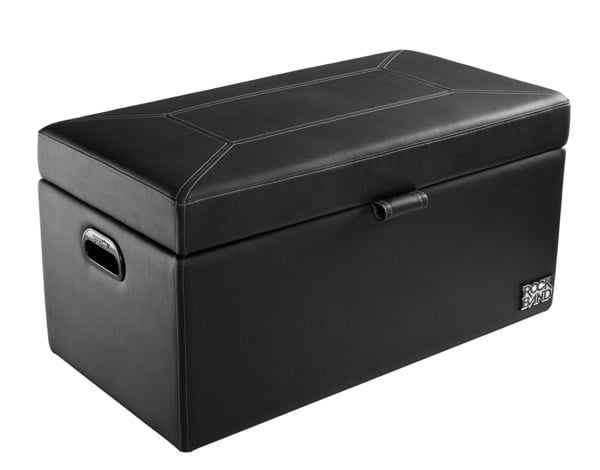 You can find the Snakes and Skulls version over at JC Penney or Kohls online, and the Back in Black version at Costco stores.