DIY Flight Simulator: to Infinity and Beyond!

Matt Thomas created this awesome DIY flight simulation rig that is called a Moving Axis AirCraft Simulator, which will tilt and shift just like a regular flight simulator. The only difference is that it was built with only common materials you can find at a hardware store, has no pneumatics, no electric motors, and no hydraulics – and was made by some guy in Kansas. 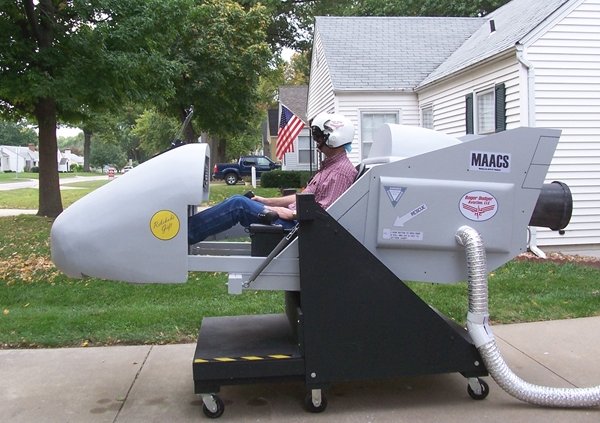 Matt works for Rodger Dodger Aviation and he’s fully documented the process involved. He’s got a series of tutorials available for anyone wanting to replicate this.

He used rapid prototyping to get this done quickly. This means that he quickly whipped up a prototype, and kept adjusting it until it did everything that was needed. Matt says that there was a lot of trial and error, but ultimately, he’s satisfied with the result.