Geeks really pull out all the stops when it comes to holidays. We saw some epic Halloween stuff back in October and now that Christmas is right around the corner we are seeing some really cool holiday stuff made from LEGO bricks. One of my favorites was the LEGO Christmas tree that surfaced a while back. 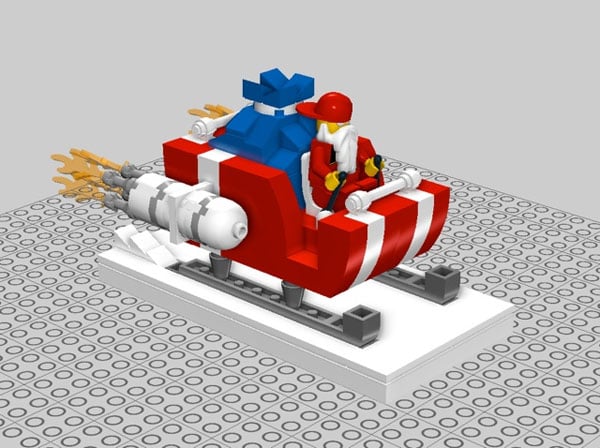 You can now build your own LEGO Santa sleigh to complement that tree. The kit can be purchased directly from through LEGO Digital Designer for about $35 with all the parts you need to build your own, or you can save some dough in the LEGO pick-a-brick shop. If you have hoards of bricks sitting around already you can build it yourself with schematics here.

You need that LEGO Digital Designer 4.0 software to get the plans. There are several different kits you can choose from. I particularly like the rocket powered sled. I suspect Santa is a purist and would use reindeer, but rocket power would be how I would go.