Psst! You! Evil-doer! Take a good look at this thing. Memorize its nondescript rockiness. Because the next time you’re doing some bad deed in someone’s garden, spreading evil in some rocky area, or stealing pet rocks, this stealthy fella could be nearby, watching you. Because nobody watches like this rock watches. You rock, rock. The rock just sits and is. This rock, which is not actually even a real rock, is weather-resistant, and will start recording whenever it detects motion. Otherwise it remains in sleep mode, enabling it to save battery. In fact, it can standby for up to a year on a single charge, or take videos continuously for up to 20 hours. 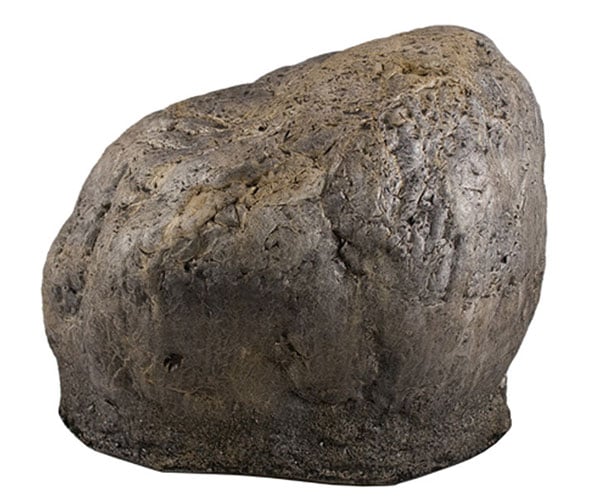 To maintain its stealthiness, manufacturer KJB Security didn’t even point out where the pinhole is on this thing. It also should have a USB port somewhere, to transfer videos to a computer. I think they lost the real artificial rock and just placed a picture of an actual rock. Which shows you how good the artificial rock is at blending in. Anyway, the Xtremelife rock comes with a remote control, RCA video cables, and a 2GB SD card, but the camera itself supports up to 32GB. To give you an idea of how much memory you might need, it will take 1GB to store a 40 minute video at 720×480 resolution.

You can order the Xtremelife artificial rock camera at Smarthome for $649 (USD). If you’re getting this, may I suggest that you take a picture of the rock or that you mark it in some small way to distinguish it. Ezio Auditore could take lessons about blending in from this thing.