Useless Machine Counts How Many Times It has Proven Useless

A Useless Machine is a device with only one function, specifically the ability to turn itself off. In other words, when you turn it on, it turns itself off. Now, I’m sure DIYers could easily make a machine that can turn itself off digitally, but the horrible beauty of Useless Machines resides in the fact that they usually have an arm that reaches out from within its bowels to flip its own off switch. Not satisfied with this hilariously insulting set up, Google employee Michal Zalewski made his own version: 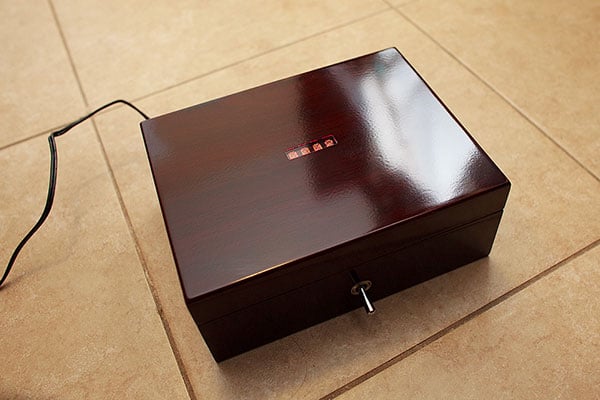 As you can see, Zalewski’s cigar box-turned-suicidal automaton has a LED counter on its lid, proudly displaying the number of times it has displayed its uselessness.

My problem with Zalewski’s machine is not that it’s counter exhibits an extra amount of insolence, but that the arm moves quite slowly. The other Useless Machine I’ve seen had fast arms, which made it fun to observe, as if the machine was annoyed that it was turned on in the first place. The arm on Zalewski’s machine is so slow that it can actually function as a self-closing coin box – you can slip in a coin or two before the lid closes. Check out Zalewski’s website for more info.