I would bet most of us at one time or another has run across that holiday season channel on TV where all you see is a crackling fireplace with holiday music playing. Yeah, it’s pretty stupid. I remember running across it as a kid, and thinking it was much lamer than other cool holiday programming like Charlie Brown or that one-year they played that Ewok Christmas special. 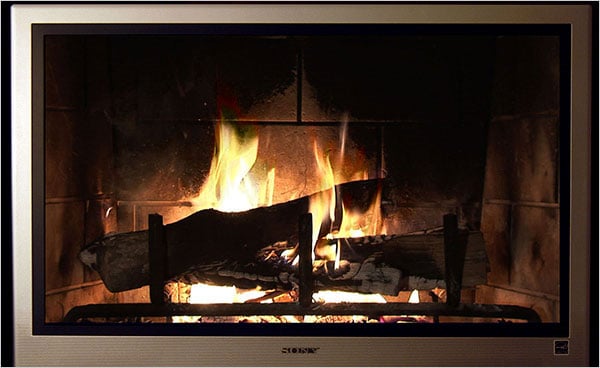 If you are the boring sort that likes to stare at a fake fireplace, Comcast has seriously upgraded the Yule log watching experience for this holiday season. You can now stare at the fake burning log in full 3D. I might watch it if they occasional showed some 3D boobage too.

I think the only thing worse than actually having to sit on the couch and watch the Yule log burn would be having to sit and watch it burn wearing 3D glasses, and getting a headache while doing it. Cleaning up wrapping paper would be more fun.