Landcrawler Robot Wobbles but it Won’t Fall Down

This funny lookin’ fella weighs just 27 pounds, has 12 legs, and can carry you around on its back if you let it. 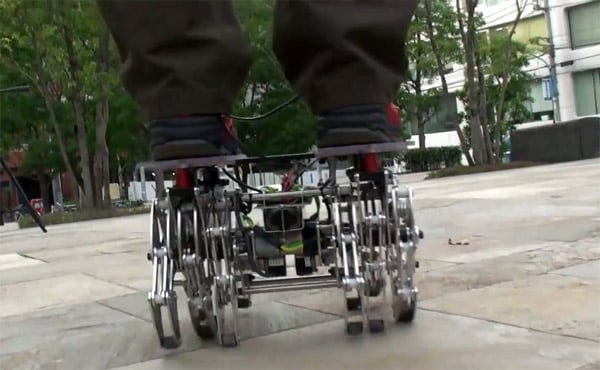 The Land Crawler xTreme robot offers its master a ride on top of  its square platform top, provided you don’t weigh more than 175 pounds. As it ambles around, it definitely doesn’t look like the smoothest or speediest way to get around the place, but it sure has got plenty of style doing it.

Funny thing is the maker of the robot says he made the Land Crawler eXtreme as a toy for his 2-year old son because he told him that he wanted to ride on a robot. Why couldn’t we all have dads who were that handy with robotics?

[Singularity Hub via PopSci via Neatorama]