Kinect hacker Yankeyan is at it again. Last time, he made a lightsaber with his Kinect. This time, he’s playing Super Mario Bros. – as Mario. 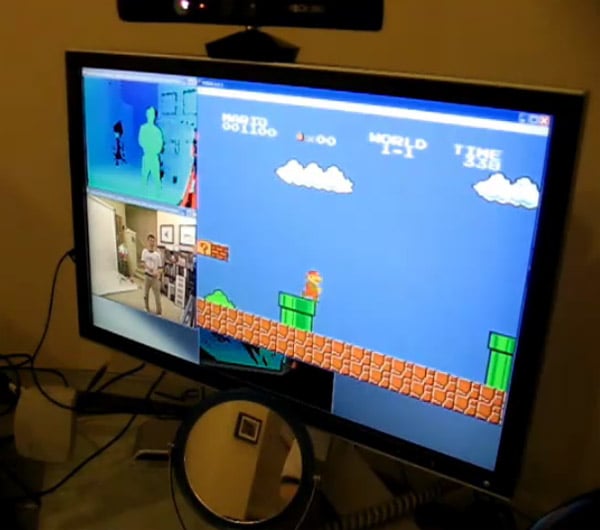 By taking his physical movements and converting them into running and jumping movements for Mario, he’s managed to create the first controller-free version of the game that I’ve seen. See it in action in the video clip below. Stick around long enough, and you might witness Yankeyan playing a little Super Mario Bros. 2 & 3 as well.

Next time, he needs to dress up in overalls and a red hat to complete the effect.