Papercraft Commodore Sx-64 Weighs Much Less Than the Original Luggable

If you don’t remember the Commodore SX-64, it was the retro computer maker’s first attempt at a portable computer. The beastly box weighed in at a backbreaking 23 pounds. Thankfully, this papercraft version is a little lighter.

Erik Schubach created this teensy-tiny “executive” SX-64 entirely out of paper (and maybe a bit of tape). Thanks to Eric, you can print and assemble your own. If you want to make it a bit more realistic, you can put a bunch of fishing weights inside of it to give it a bit more heft. 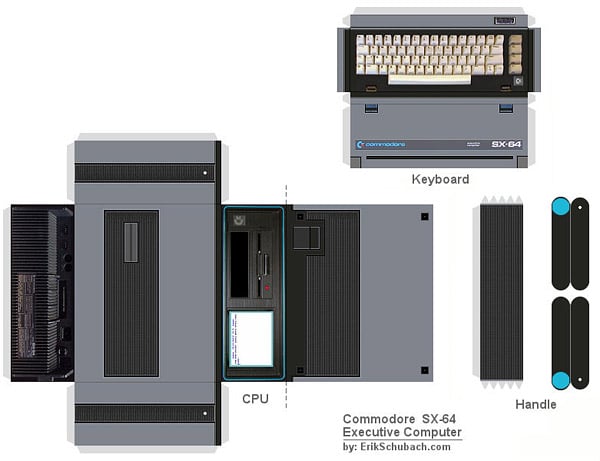 [via Papercraft World via Game Informer]