Disposable Touch Paper Interface: the Way of the Future?

If you ever got a chance to watch the short-lived Caprica, they had a technology just like this. Now, it looks like smart paper could soon be upon us, as the Japanese have come up with some interesting research using paper as a touchscreen. Yes, that’s right, run of the mill paper can serve as a touch-based interface. What will they think of next? 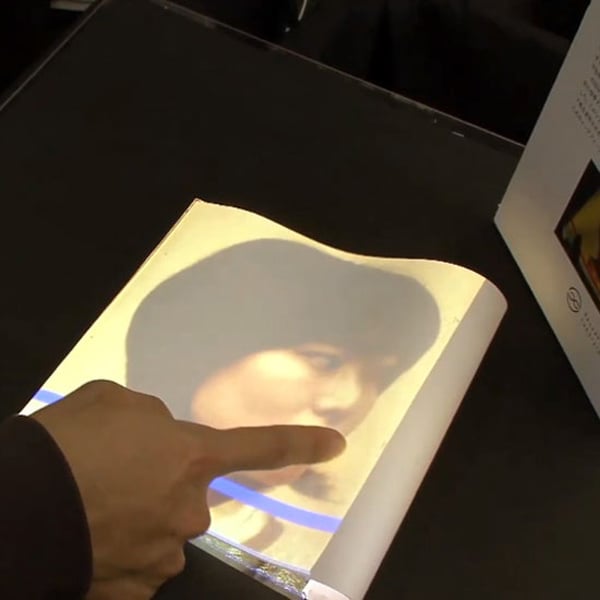 This technology was recently showcased by Japan’s Keio University. It will respond to touch input, as well as the curvature and even if air is blown on it. The goal of this particular example was to use this tech to create interactive tickets for events.

If they can just figure out a way to combine this with some sort of flexible, low-cost display material, smart paper would definitely going to be something cool to have around for things like interactive maps and newspapers.