Would you ever buy Twitter or Facebook shoes? With the amount of people using these services, I’m sure that there is a market for these. 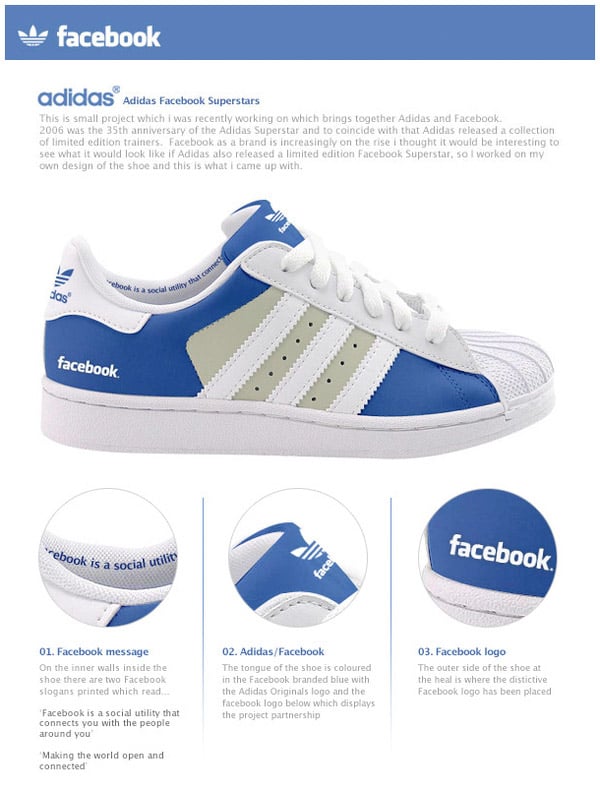 These adidas concept shoes were designed by Gerry Mckay. Personally, I wouldn’t buy these. There are so many better looking designs for adidas sneakers out there. Plus, we don’t need to promote Twitter and Facebook any more than they already are, do we? 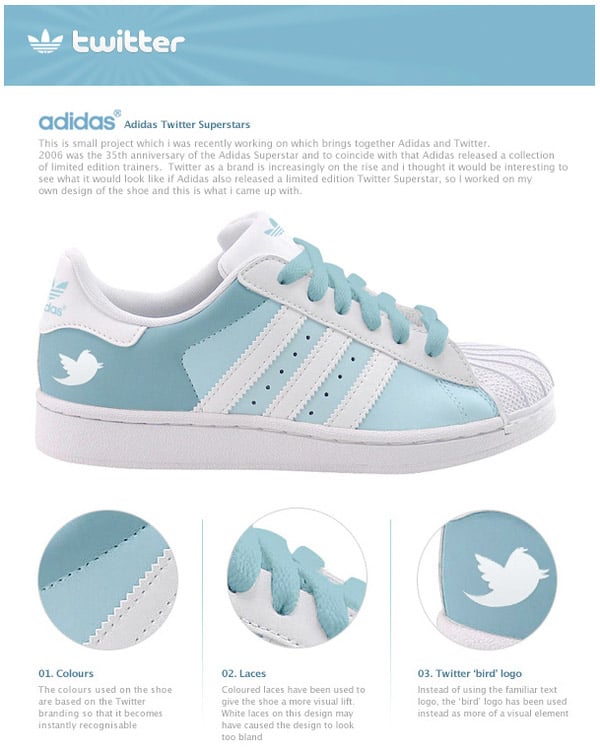 Although it would be funny if these shoes would tweet or post Facebook updates as well while they are being used. It’s not hard to fathom, thanks to Nike + iPod, this could be possible at some point, if they were tethered to your smartphone.