Kee4 Keyboard: 4 Keys to Type Them All

And I thought typing on a touchscreen was hard. A company called Citta Consulting Inc. is currently developing a portable Bluetooth keyboard that can be operated using only one hand. The tiny gadget is called the Kee4, and it has an interesting approach to typing – all of the characters that you can type on a traditional keyboard can also be typed on the Kee4, except almost all characters will have to be typed using more than one keystroke because, well, look: 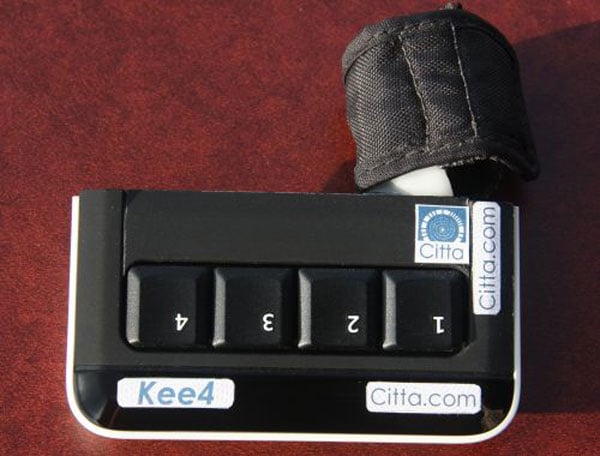 The keyboard only has four keys! Here’s the Kee4 in action:

But before you bash Citta Consulting for thinking of such an inconvenient concept, I think this device does have a market. Its product page says that it’s meant to be used for portable and wearable computing devices, but I think people with specialized needs can make good use of the Kee4 as well. Plus I imagine typing on it will really force you to think about what you’re going to say to avoid having to erase and re-write all over again. Check out the Kee4 website for more info.