It looks like someone is taking the whole steampunk thing a bit too far with this steam-powered record player. Would you want one? Seriously, I wouldn’t. My Technics SL1200s does the job fine. However, this thing is still pretty amazing. 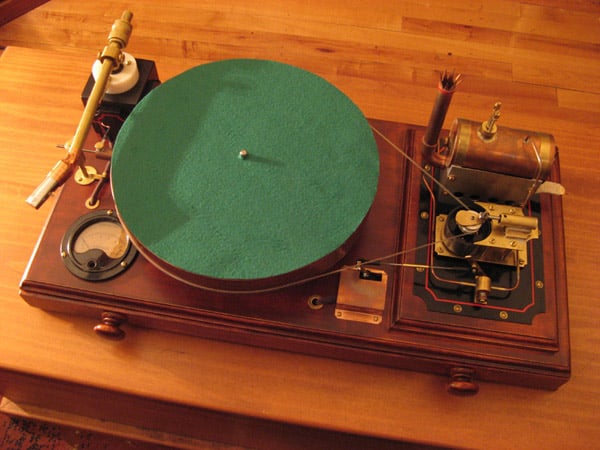 This steampunk record player really adheres to what steampunk really should be: powered by steam! It was made by Simon Janson from Auckland, New Zealand, who mated steam-power with an Arduino processor. The engine was cobbled together from bits and pieces. The boiler was made a copper water pipe and a bespoke platter and base is used to spin the records. Simon says that the software still needs a few tweaks, but the hardware is solid.

Of course, all the sound from the steam pump and mechanism sort of interferes with the music the turntable cranks out, but I don’t think he built this for  audiophile sound quality.