Uranium Soap Glows in the Dark, Won’T Make Your Hair Fall Out

I happen to think one of the most useless inventions known to man is the decorative soap. My wife loves this stuff though, and has little flowers and dainty bars in the bathrooms around the house that we aren’t allowed to use. I used one of those flowers in a pinch once and had to go to couples therapy afterward. I think what I need is my own decorative soap, only I would probably use this soap because it glows and it’s hard to resist glowing soap, everyone knows that. 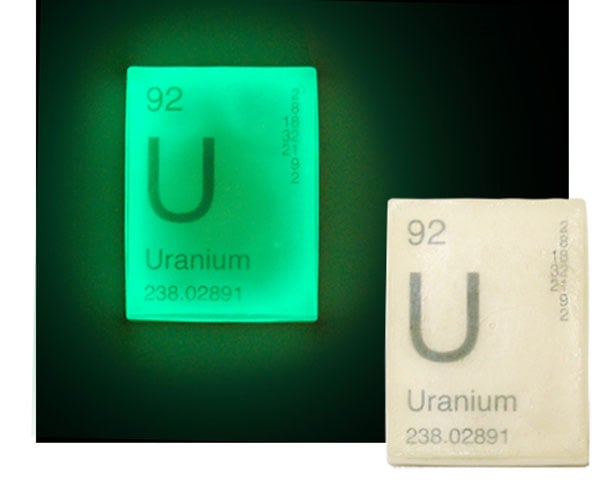 The soap glows with a sickly, radioactive green light and the front is printed with the periodic table element marking for Uranium. The soap has to be exposed to light to glow, much like anything else that has glowing properties.

The strangest thing about this soap isn’t the glow, it’s the scent. The bar of soap smells like the ocean. I assume that means salt and rotten fish. In the case of the Texas Gulf Coast, the soap might be crude oil scented. A bar will cost you $6.99 over at Perpetual Kid.