The guys over at Horizon Hobby were kind enough to send us a few of their Force RC remote-controlled micro-helicopters to play with, and I thought I’d share some of my experiences with you. 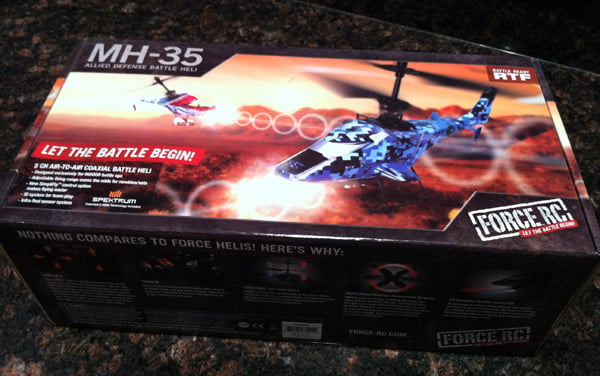 These pint-sized R/C helicopters aren’t like some of those really cheap models out there. While they each measure just 7.9 inches long, and weigh just 1.1 ounces, these tiny indoor copters are miracles of modern engineering. These mini copters come ready-to-fly out of the box, and are pretty easy to control for R/C chopper newbies (like me.) 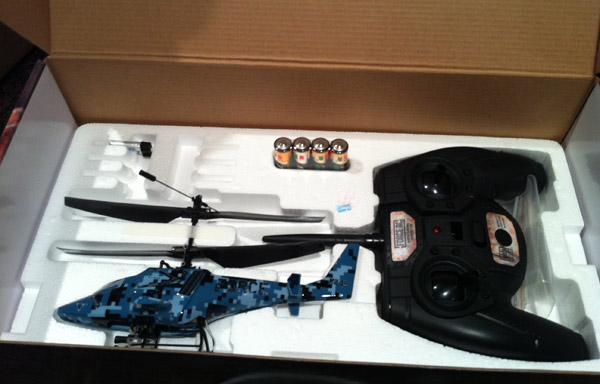 Thanks to a gyro stabilization system, and trim controls for rudder, aileron, elevator and throttle, you can fine tune these little helicopters to hover smoothly within seconds of getting up and running. Each one is powered by a tiny little lithium-polymer battery that can be charged in the base or the remote control. You’ll get about 5 to 7 minutes of flying time before you need to recharge with the included 120MaH battery, ore you can grab a 150mAh battery for a couple of extra minutes runtime. Just keep in mind that since the larger battery is heavier, and the helicopter is nearly weightless, you may notice some difference in the way it handles. 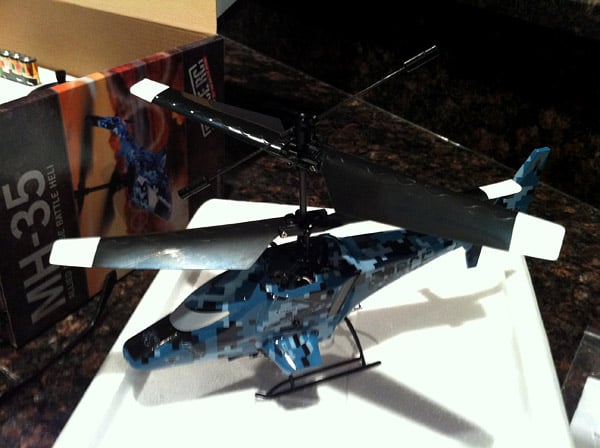 The RF remote control feels at home in any video game player’s hands, offering good heft, with the left stick controlling throttle and rudder angle, and the right controlling aileron and elevator. Or in non geek-speak, the left stick makes you go up and down and spin, and the right stick makes you go forwards, backwards, and bank.  You can also put it into “SimpliFly” mode, which makes it easier for flying noobs to get off the ground. There are also a pair of triggers on the back of transmitter that you can use for firing virtual shots. 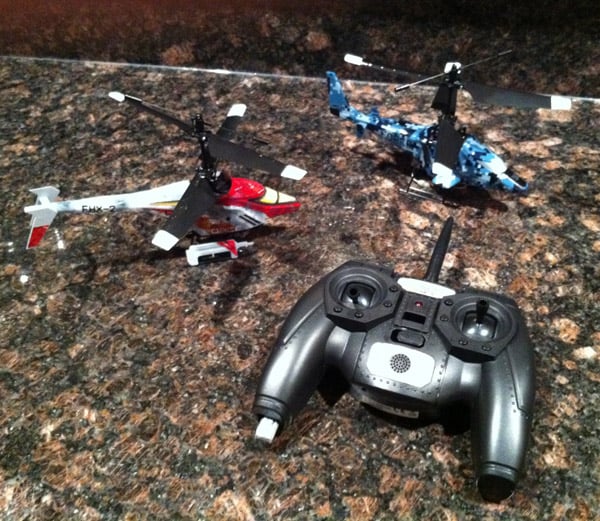 Speaking of virtual shots, in addition to just flying around your living room, what really sets the Force RC apart is its gaming modes. Each chopper has a tiny infrared emitter and receptor which let you play games with your friends. As a matter of fact, you can play with up to 6 helis in a single battle. I tested out a two-person battle and it worked as described – fire at your enemy, and you throw their heli into a spin. Hit ’em twice, and it spins a little more violently. Third strike, and it goes spiraling down to the floor in a ball of flames. Ok, I made up the ball of flames part, but that would be cool. There’s also an optional ground target you can set up if you want to practice shooting stationary targets instead of ones that move. Personally, I had more fun firing at a moving target, but that’s definitely harder to do. You can also assign the ground targets to one of your teams, so you can try and prevent your enemies from shooting the ground target too. 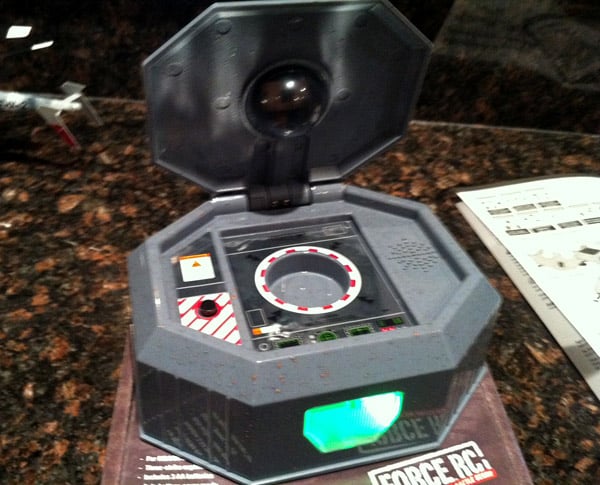 I did my best to capture some video of a brief flight of a Force RC heli, and as you can see, it really is a cool thing. You can also see how I’m a really bad pilot – that’s what happens when I try to shoot video and fly an R/C helicopter at the same time:

In addition to the battery and ground target add-ons, Horizon offers interchangeable plastic canopies so you can personalize your helicopters, and a 4-battery base charger if you want to ensure nearly continuous flying. One thing to keep in mind with these is that they are definitely not cheap kids’ toys. While they’re made out of durable materials for flying indoors, they’re clearly loaded with delicate electronics and mechanisms, so you probably don’t want to get these for kids younger than teenagers.

And with a retail price of $189.99 (USD) per helicopter (currently on sale for $139.99), you’ll want to only get these for your teens if they’re really, really good kids. You can order the Force RC and all of its accessories here.