Human-powered electronics are nothing new. For example, there are already wristwatches that are recharged by the motion of the wearer’s wrist. Okay actually that’s the only example I can think of now, but still. Now imagine if you could recharge almost all of your portable devices via your continuous breathing. That’s the concept that Instructables member jmengel tried to explore with the breath-powered USB charger. 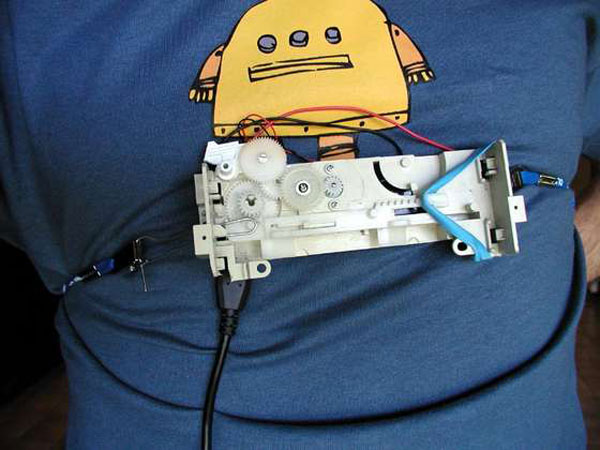 I’m not going to pretend that I understood how it was built; all I can glean from jmengel’s instructions are that a bunch of gears from an old CD player were used, along with pager motors to convert the chest’s motion into electricity, a tight strap and a charger circuit.

So does the charger work? Yes, but as jmengel admits, in its current condition it wouldn’t be worth it; the power it generates is too weak. But if you have the chops to build one, jmengel suggests using the best DC motor you can find. Check out Instructables for the dizzying array of steps and doodads needed.