If you have never driven in a vehicle that had a lot of power under foot you might not know hard it is to keep a car in a straight line if you take off fast. I am not talking the 200hp V6 your mom’s car has. I am talking about cars with over 500hp. I can only imagine the level of dead I would be if I were to try to ride this crazy 630hp V8-powered skateboard. 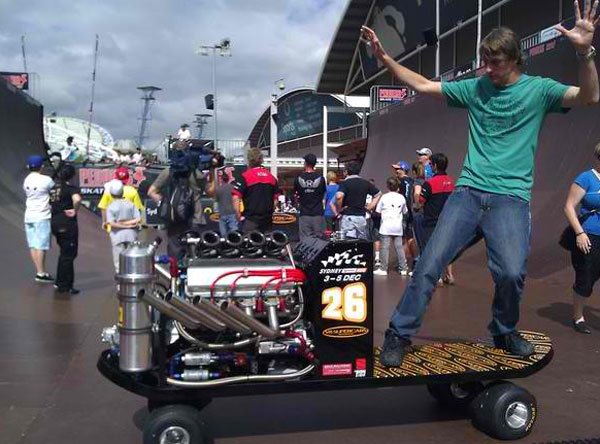 The board was designed for an appearance Tony Hawk did in Australia. Apparently, the builders speed limited the thing so Hawk would survive the day and not ruin their event by dying. That thing looks like a death trap on wheels. Here’s a video of the skateboard being built (without Tony on it):

I can’t even ride a normal skateboard without cracking my ass half off. Put a seat and a steering wheel on this thing though and we could go carting. That would be cool.