Come on, admit it, you’ve wanted a phone watch since you were a kid. Heck, I wanted a TV watch, a video game watch, etc. There’s something über-cool about having the world around your wrist. Well, this USB phone watch, which also comes with GPS, might be worth a look. 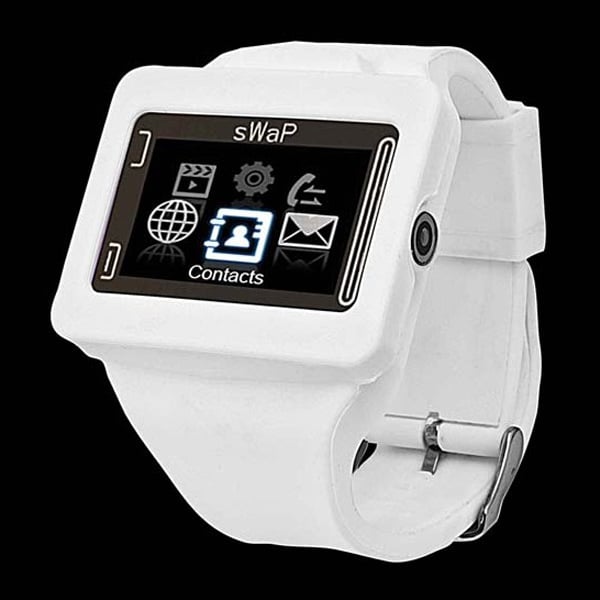 It’s called the sWaP Rebel and has a built-in phone, along with other goodies including a touchscreen color display, camera, FM radio, Bluetooth and more. The USB connector at the tip of the band is a cool design touch too. Although the 3.5mm jack on the side kind of ruins the design for me. 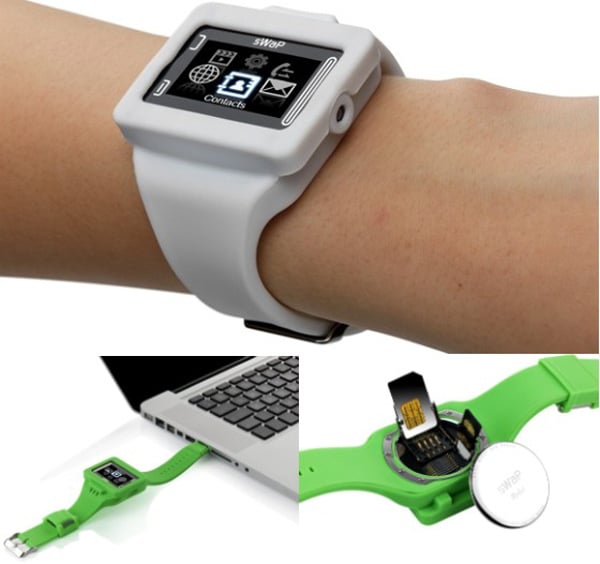 The sWaP Rebel watch is available in stores for £190 (approx $299 USD). You can choose from five swanky colors, black, pink, orange, white and green.

Let’s be honest though: this will never replace your iPhone and that’s why it will probably never work for most people, except secret agents.