I would really like to know how this odd Yoomi Duo game for the iPad works. The thing has a hardware component that is a game piece dispenser that sits on the screen of your iPad. The game also uses an app that has the actual game component. 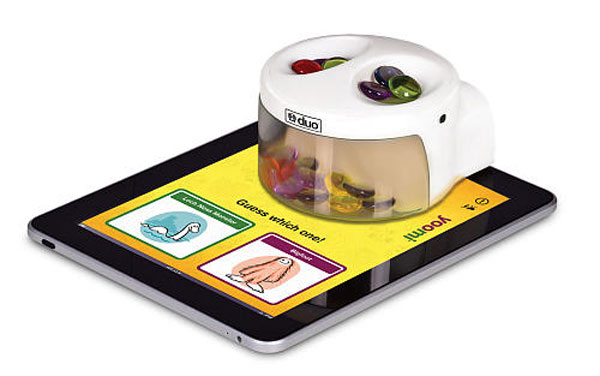 The goal of the game is to predict what your opponent would choose from two options. The questions are things like “fly to the moon or swim to the bottom of the sea” and so on. The thing I don’t get from the description is how exactly the dispenser that puts out the chips works. It appears it may connect to the docking connector on the bottom of the iPad, or it may just be completely standalone.

The game is rated for ages 8 and up and can be ordered for $39.99 (USD) over at ToysRUs with a ship date of December 9. I really don’t like the idea of something sitting on the screen of my iPad though.