We’ve already seen how incredibly powerful the world-building engine is in the upcoming Little Big Planet 2 for the PS3. But did you know you could run a FPS inside of it? Nope, neither did we. 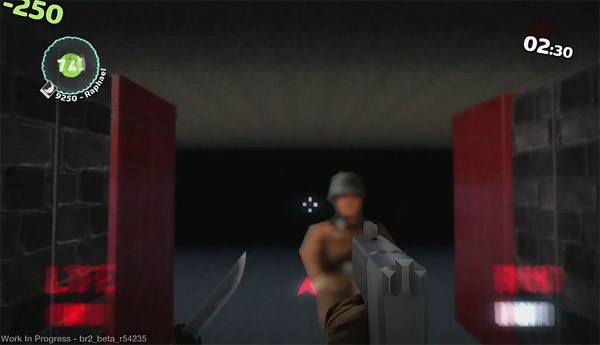 Thanks to the diligent work of a guy named Raphael (no, not the mutant ninja turtle, at least I don’t think so), we now have a fully-playable version of Wolfenstein 3D running inside of LBP2. Here’s a quick video demo of the level in action:

Sure, it’s not exactly groundbreaking by today’s 3D graphic standards, but it’s not like we thought the LBP2 engine could even handle graphics in 3 dimensions. Granted, it’s not easy to pull off something like this. Just one read over this guy’s article on doing simulated 3D ray-casting in the LBP2 engine has my head spinning.

Still, stuff like this just continues to reinforce just how flexible the engine is, and we’ll probably see tons of creative levels once the game is released to the masses in January. From the looks of this demo, I’m sure that any day now, we’ll see an LBP2 version of Minecraft.